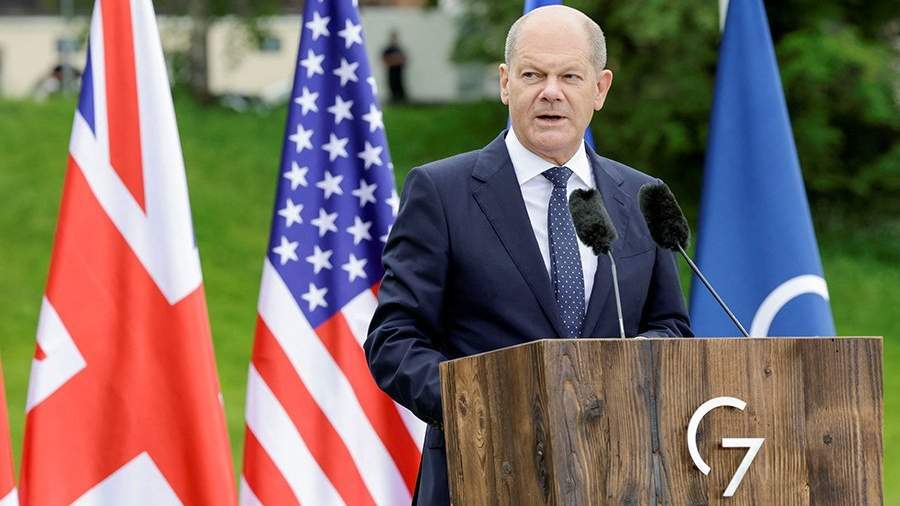 The summit of the “Big Seven” (G7) showed the unity and determination of the association in relation to Russia. This was announced on Tuesday, June 28, by German Chancellor Olaf Scholz at a press conference following the G7 summit in Elmau.

Scholz added that the G7 countries need to stick together in the long term.

“We will also strongly counter the Russian narrative that this is really a conflict where only the West, the so-called global West, condemns this attack, and the rest of the world is watching,” he said.

The German Chancellor also said that the whole world is waiting for uncertainty due to the events around Ukraine.

The summit of the G7 countries (Canada, France, Germany, Italy, Japan, Great Britain and the USA) began on June 26 at the castle in Elmau near the city of Garmisch-Partenkirchen in southern Germany.

Earlier, the German Chancellor said that the cohesion of the West is a signal to Russian President Vladimir Putin. He also responded to the words of US President Joe Biden about the alleged desire of the Russian leader to split NATO and the G7.

On June 22, Putin announced the irresponsible macroeconomic course of Western countries. The head of state called their actions destructive in relation to business. He drew attention to such negative phenomena for the economy as the launch of the printing press, uncontrolled emission and the growth of unsecured debt.

On June 17, Putin called the policies of the G7 the cause of recent developments in the global economy. He recalled that a sharp increase in inflation in the commodity and raw materials markets began due to the irresponsible macroeconomic policies of the countries of the group. Separately, the Russian leader pointed to the fault of the United States and the European Union in the current world problems and made them responsible for the threat of world hunger.