Scholz discussed the situation in Ukraine with Erdogan 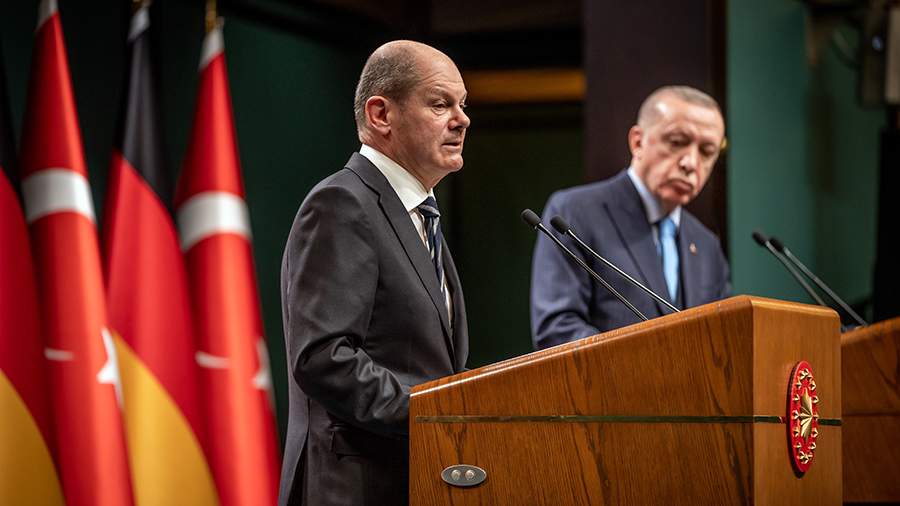 German Chancellor Olaf Scholz discussed the situation in Ukraine with Turkish President Recep Tayyip Erdogan on the sidelines of the UN General Assembly in New York. This was announced to journalists on Tuesday, September 20, by the official representative of the German Cabinet, Steffen Hebeshtreit.

“Both [лидера] agreed that Russia should immediately cease hostilities and completely withdraw its troops from the territory of Ukraine. In this context, the Chancellor has also made it clear that bogus referendums in territories illegally occupied by Russia are unacceptable and will not receive any recognition,” Hebeshtreit said.

In turn, Erdogan on the same day, in an interview with PBS, announced the desire of Russian President Vladimir Putin to end the conflict. He said that within the framework of the Shanghai Cooperation Organization (SCO) summit in Uzbekistan, he held talks with Putin, during which he understood the desire of the Russian leadership and the goals of the special operation in Ukraine. Erdogan stressed that Turkey’s desire in this situation is “to end this battle in peace.”

Earlier on Tuesday, the German chancellor said that Germany would not recognize the results of future referendums in the republics of Donbass, Zaporozhye and Kherson regions on joining Russia.

Referendums on joining Russia will be held in the Donetsk and Lugansk People’s Republics (DNR and LNR) from 23 to 27 September. During the same period, referendums will be held in Kherson and Zaporozhye regions.