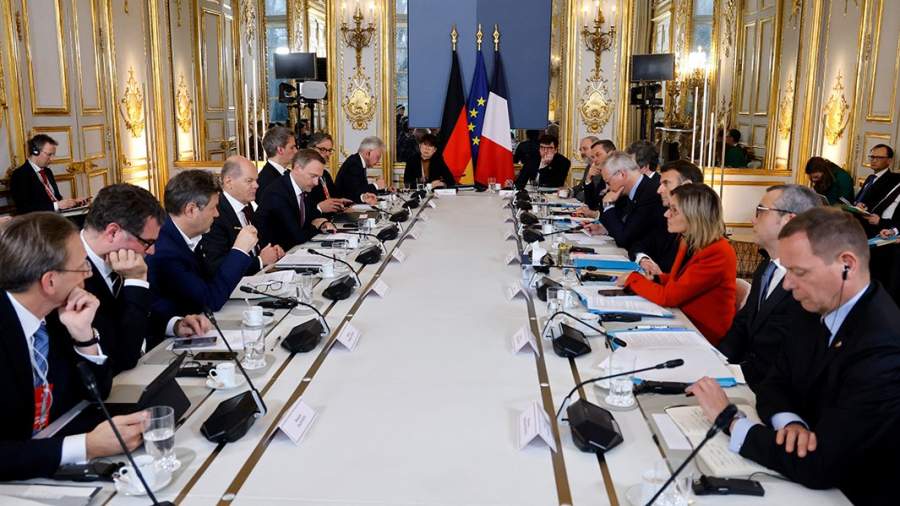 German Chancellor Olaf Scholz, in his address to France in honor of the 60th anniversary of the Elysee Treaty, mentioned Russian President Vladimir Putin and Ukraine.

In a video posted to Twitter on January 22, Scholz talked about the cooperation between Germany and France, which began with a 1963 friendship treaty.

After that, he changed the subject and started talking about Putin, saying that “he will not win in Ukraine.” In addition, Scholz called on Western countries to transfer weapons to Kyiv.

Earlier in the day, Scholz, speaking at a ceremony at the Sorbonne, said that Germany would continue to provide assistance to Ukraine for as long as needed. He also said that the future of Europe is based on Franco-German cooperation.

The day before, on January 21, the German newspaper Die Zeit wrote that disagreements arose in the German leadership regarding the supply of tanks to Kyiv. According to journalists, the head of the Bundestag’s defense committee, Marie-Agnes Strack-Zimmermann, demanded that Scholz make clear statements about Berlin’s military support for Kyiv, in particular, answer the question about the supply of Leopard 2 tanks.

On January 20, a meeting of Western defense ministers was held at the US Ramstein Air Base in Germany. Lithuanian Defense Minister Arvydas Anusauskas claimed that, following its results, the participants would announce the transfer of hundreds of Leopard 2 tanks to Ukraine.

However, German Defense Minister Boris Pistorius said that the meeting participants did not decide on the transfer of Leopard 2 tanks to Ukraine. He noted that the views of the allies regarding the supply of tanks differ, and assured that Germany was not the only one opposed to sending such military equipment.

According to the High Representative of the European Union (EU) for Foreign Affairs and Security Policy, Josep Borrell, a political decision on the supply of tanks to Kyiv has not yet been made, mainly because of the position of Germany.

Against the backdrop of a discussion about Western supplies, military expert Alexei Leonkov told Izvestia on January 20 about the complete destruction of stocks of Soviet equipment in Ukraine. According to him, since the beginning of the special operation, Kyiv has disposed of not only what was listed behind it, but also what the countries of Eastern Europe supplied.

Western countries have stepped up military and financial support for Ukraine against the backdrop of Russia’s special operation to protect Donbass. The decision to hold it was made by Putin against the background of the aggravation of the situation in the region as a result of shelling by Ukrainian forces.