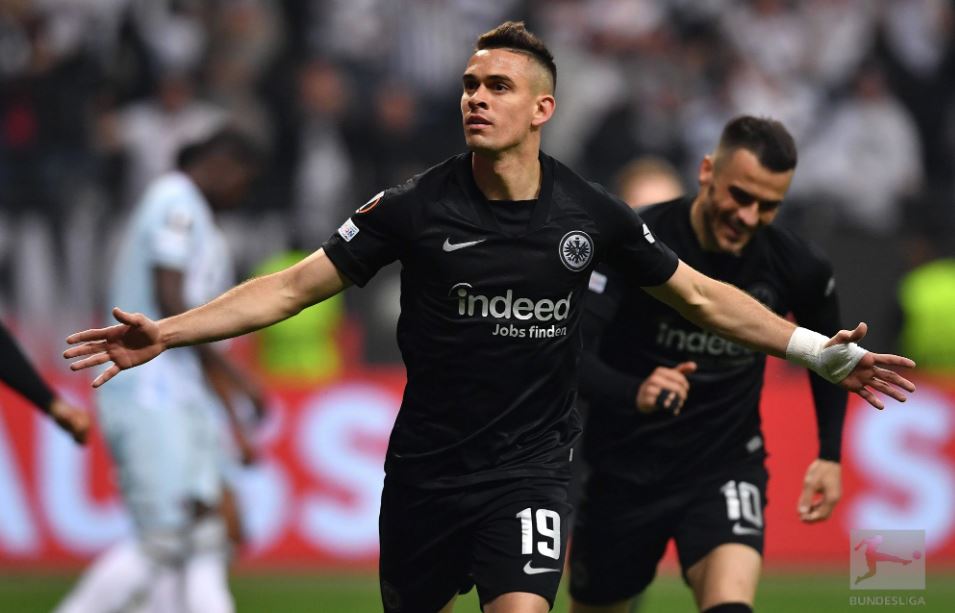 Eintracht Frankfurt represented Germany in the final match by renewing its victory over West Ham, England, 1-0, in the second leg of the semi-finals of the European League (European League) on Thursday, after his compatriot Leipzig bid farewell to the competition in the second match, losing to Scottish Rangers 3-1.

In the first match, Frankfurt renewed its victory over its guest West Ham with the goal of Colombian Rafael Santos Buri (26), after the German team had won the first leg 2-1 in London. The match was crazy, as West Ham completed the match with ten men since the 19th minute after Aaron Cresswell was sent off with a direct red card. The Scottish team coach David Moyes also received a red card in the 79th minute. This tension in the match was an extension of the problems that preceded the confrontation on Tuesday and Wednesday nights. Frankfurt police announced the arrest of more than 30 people as part of its security measures before the match, a day after clashes between fans of the German and English teams on Wednesday night.

Police reported that two West Ham fans lost consciousness after being attacked by the home team’s fans, and were treated in hospital. And the police dispersed about 800 fans of West Ham in the vicinity of the main railway station in the city, where “supporters of both teams sought to confront.”

On Tuesday night, West Ham fans were also attacked by a group of about 20 people who were wearing Eintracht Frankfurt shirts. Apart from that, Frankfurt continued his exemplary career in the second most important European competition, after he overthrew Barcelona in the quarter-finals and crossed to the next round from the “Camp Nou” stadium, the stronghold of the Catalans in a match that witnessed a great controversy over the large crowd attendance of the German club.