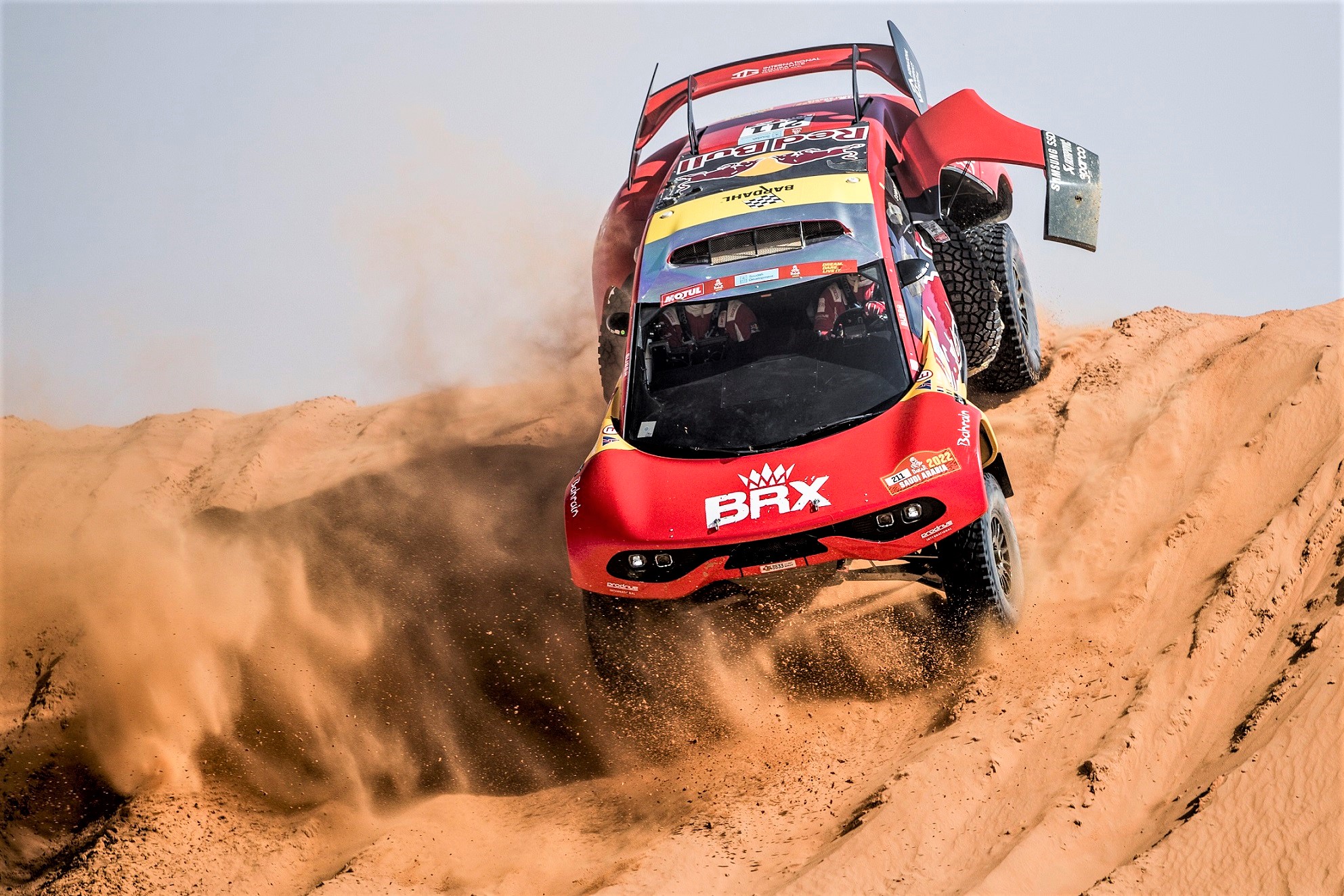 The nine-time World Rally Champion, during the 402 km stage from Riyadh to Dawadmi, drove the Bahrain Red Extreme (Prodrive Hunter) team car, passing the distance 5 minutes 26 seconds ahead of Nasser Al-Attiyah to take second place in the general classification.

Loeb’s result reduced the Qatari leader’s lead in the rally to 44 minutes and 59 seconds, and while the gap is still large, Loeb and his assistant Fabian Lorken provided a strong reminder that the competition battle may continue until the end of Friday in Jeddah, five stages of 1,567 km distance.

The French duo Loeb and Lorken achieved the third victory for the Bahrain Red Extreme team in seven stages, and the second victory in the Dakar Rally title. On a day when teammates Orlando Terranova and Dani Oliveiras set another Prodrive Hunter car the fastest time to climb to sixth place again.

Nani Roma and Alex Haro rounded off a good day for Bahrain Red Extreme, scoring the ninth best time on stage seven as the 44th Dakar Rally resumed after the rest day in Riyadh.

“Only half of the rally was over but we tried to push really hard today although we were a little unlucky towards the end of the stage with a problem when the car stopped,” said Loeb, whose spare wheel gate opened on the stage. “We were very slow at the end and we could have gone faster.”

Roma finished the stage saying, “It wasn’t a bad day at all, but what was difficult was when one of the buggies passed us and raised a load of dust and gravel all over the road. So it wasn’t easy at all for us to move around.”