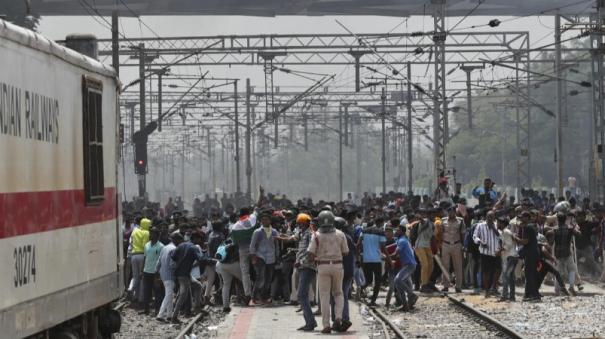 Hyderabad: 52 youths have so far been arrested and lodged in Hyderabad jail in connection with the Secunderabad train burning case. More than 500 people gathered in front of the jail yesterday to see them.

More than 500 people, including their parents, relatives and friends, gathered in front of the jail yesterday after learning of the incident. “Our children are very good. Someone has instigated them and done this. Arrest the instigators first, ”they said in tears.

In this situation, the officers of the Central Intelligence Agency have also entered the field. They inspected the Sai Army Training Academy in Kambam, Andhra Pradesh yesterday. Its leader Subbara has already been arrested by the Andhra Pradesh police and is being questioned. Subbarao is accused of creating a WhatsApp group for the students of the academy, inciting them and staging a train burning incident. Thus, the Central Intelligence Agency is also investigating Subbara.