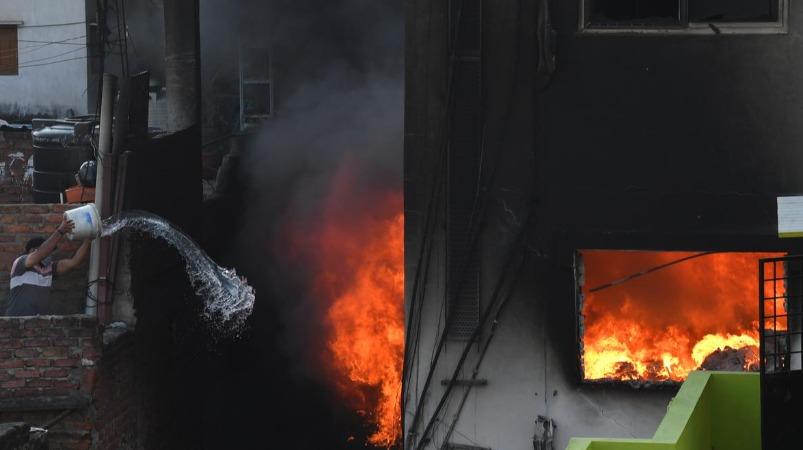 Secunderabad: A fire broke out on the lower floor of the 5-storey Deccan Mall in Secunderabad yesterday at 11 am on Thursday. The fire was brought under control only after about 20 hours. By then the entire 5 flats were destroyed by fire. The building is in a state of collapse at any time. All the houses, shops and shopping malls in the vicinity have been evacuated.

According to fire brigade officer dar, “The reason for the fire accident can be attributed to the illegal operation of godowns in this mall. Building owner Javeed is absconding. They are looking for him,” he said.