IndiaSecurity practices not followed in India: Corona spreads due to public negligence
India

Security practices not followed in India: Corona spreads due to public negligence 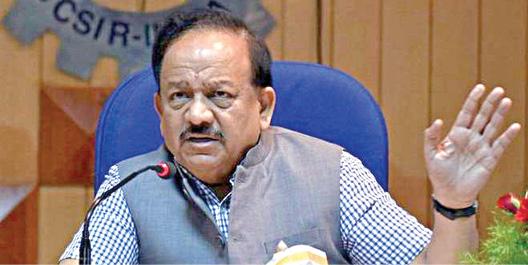 In India Corona Federal Health Minister Sir Harshwardhan has said that as the spread of the virus continues to rise, people are not following safety measures, including social isolation.

According to statistics released by the Federal Ministry of Health yesterday, Corona The number of new patients reported was 26,291. With this the total number of patients has crossed 1 crore 13 lakh 80 thousand. Corona The infection killed 118 new people. This brings the total death toll to 1,58,725.

The previous highest number of new patients was 26,624 on December 20 last year.

Of the world Corona India is currently the 3rd most affected country after the United States and Brazil.

In this context, Union Minister Sir Harshwardhan said yesterday, “Only in some states Corona Viral infections are on the rise. Only in 5-6 states Corona Eighty-five percent of patients. The main reason for this is that people do not follow security measures, including social space. Last year Corona “People still need to adhere to the same safety rules as when the virus began to spread.”

Previous articleGrammy Awards Women!
Next articleThose without health insurance will not be able to get a visa or work in Qatar