Remember Henry Ford’s aphorism about a car of any black color? So in our time, the Russian buyer can choose any crossover. Or, as a last resort, a sedan. Finding a model in some other body is another task. Kia Ceed is just presented in our unpopular hatchback and station wagon bodies. Recently, the model was updated, which affected not only the appearance, but also the “technique”. Is it worth to prefer the Ceed to a crossover or a sedan, Izvestia found out.

Almost one and a half hundred models have left the Russian market in seven years. Whole segments are gone: compact hatchbacks, station wagons, minivans. Now supplying something other than crossovers and sedans to Russia is a desperately bold move.

Kia is unlikely to take a big risk by throwing these seeds (the model name plays up the English word seed) into the harsh Russian soil. In previous years, the family found 15-20 thousand buyers annually. In the troubled 2020, it was possible to sell about 10 thousand cars, but this year the company plans to more than double the result.

The contour of the signature “tiger smile” is outlined with thin brackets, and those who misread the new logo will surely compare them to braces. However, Kia is just in a situation where you can not be afraid of any discrepancies or pranksters. Kia, trying to reach VW and Skoda, thinks in German itself.

Therefore, Ceed got a turbo engine and a “robot”, and inexpensive versions, shortly before restyling, received a simpler rear suspension – a semi-independent beam. Changes in handling are insignificant – such machines with a 1.6 engine and “automatic” are suitable for unhurried movements. Another invariable attribute of driver’s hatchbacks has also disappeared – a manual transmission. 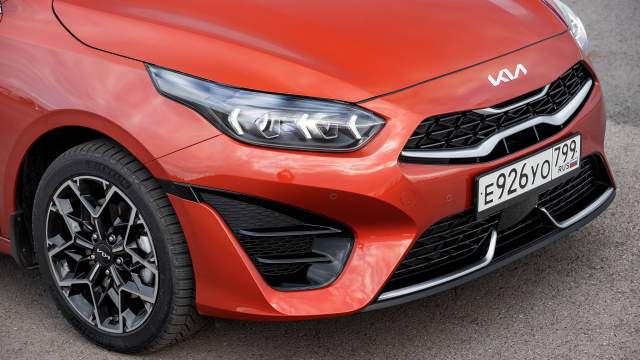 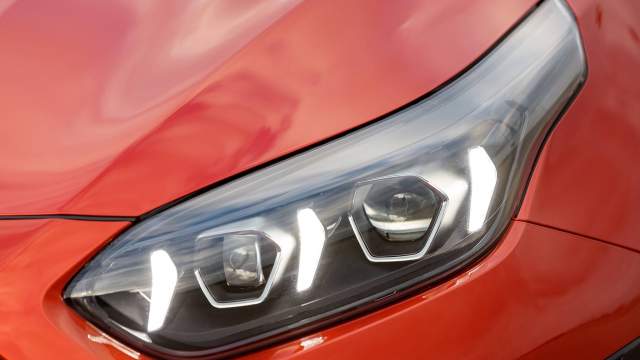 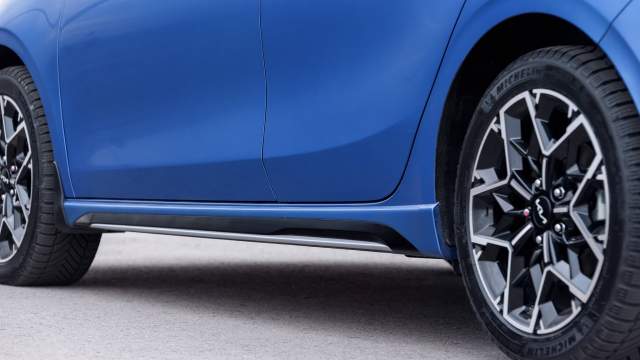 The design of the wheels is also new, the maximum diameter for the hatchback and station wagon is 17 inches 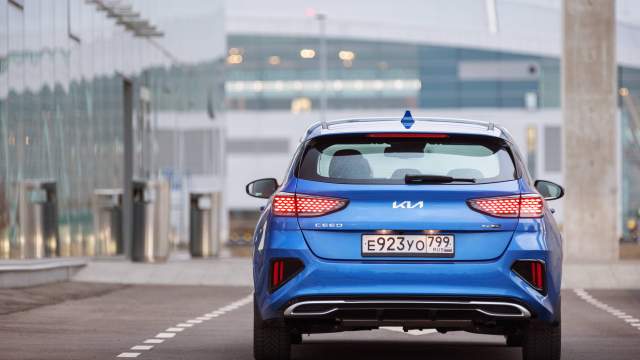 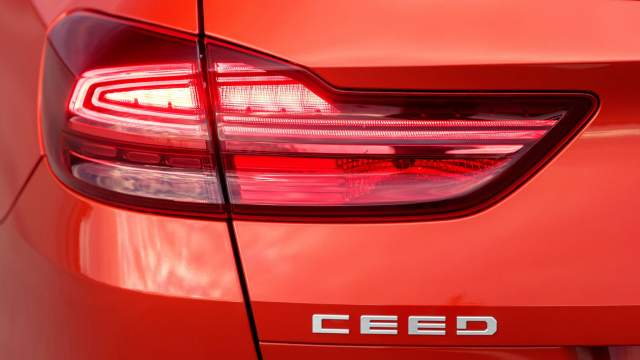 Station wagon lights have not changed

The entire drive went to the “Sid” with a turbo engine, which retained the multi-link rear suspension. Such machines even outwardly changed more seriously, and I want to consider them in detail. A glossy black stripe extends from the air intake and visually separates part of the bumper. It turns out either an aerodynamic element of a Formula 1 car, or a winglet, as at the end of a wing of a modern passenger aircraft.

The LED headlights have a new pattern. Three arrows between the main blocks are DRL, but when the turn signal is turned on, they also flash yellow. It turned out more interesting and original than the previous four points in style – such DRLs have kept inexpensive configurations along with halogen optics. Interestingly, the foglights moved from the lower part of the bumper under the common cap, but this practically did not affect the efficiency. The new optics are quite effective, but they no longer offer cornering lights.

In the fog, the updated lights are also clearly visible, made up of fifty large LED pixels, which can also turn into yellow stripes of direction indicators. Changed, however, only the hatchback lights, on the station wagon they left the same drawing.

The almost unchanged interior was embellished with options in order to somehow justify the price increase inevitable during restyling. The database now includes an optitronic dashboard with a large color display between the dials and a multimedia system with an 8-inch display, wireless access to Apple CarPlay and Android Auto, and, most importantly, a rear-view camera. 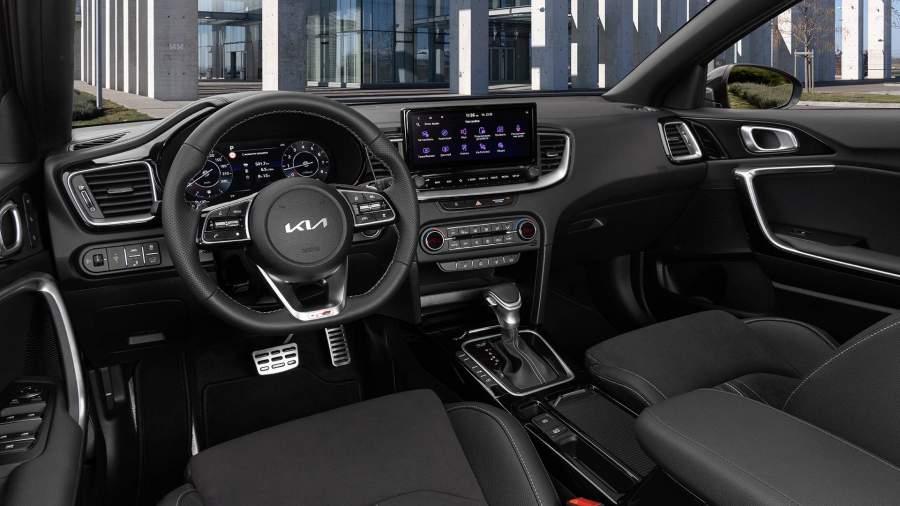 Starting with the third trim level (Prestige), the Ceed is now equipped with electronic assistants that monitor blind spots and safe exits from parking lots. Previously, it was the prerogative of the top version. In addition, telematics is available in Prestige, which allows starting the engine from a smartphone remotely and at a greater distance than from a key. You can also set the climate control settings, find out the geolocation of the car, as well as a bunch of useful information such as the amount of fuel and battery charge.

With a top-end multimedia system – it has a 10-inch display and OEM navigation – telematics has more functions. For example, send a route from a smartphone to the head unit, get information about traffic jams, cameras and parking. 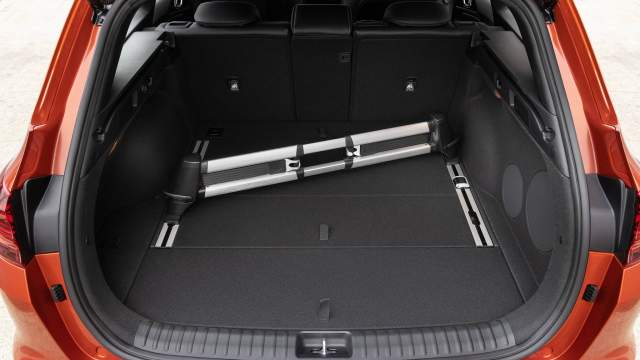 The trunk volume of the station wagon is 625 liters. There is a special luggage fastening system, and the backs of the rear sofa fold in a 40/20/40 ratio 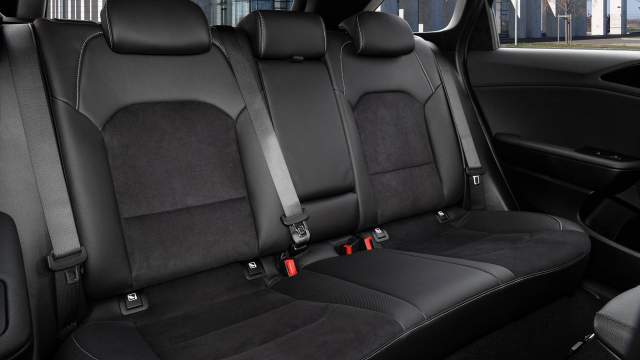 The station wagon, due to the increased wheelbase, offers more space for rear passengers 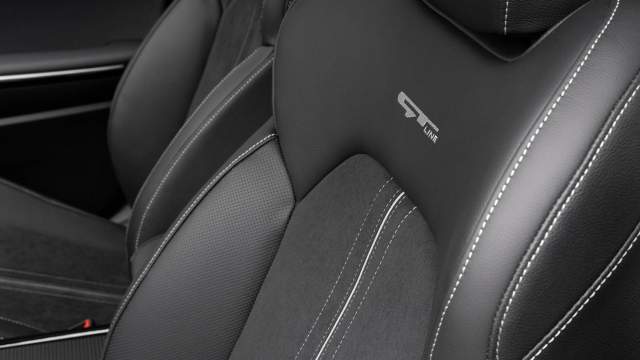 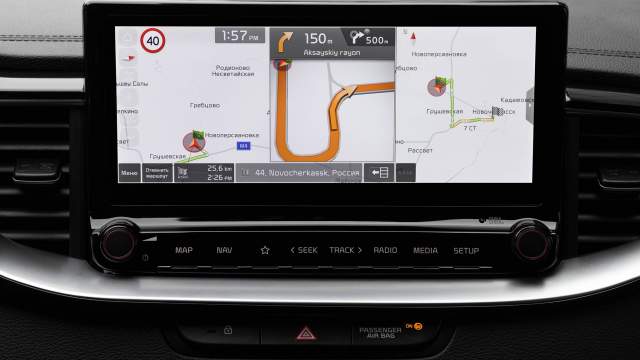 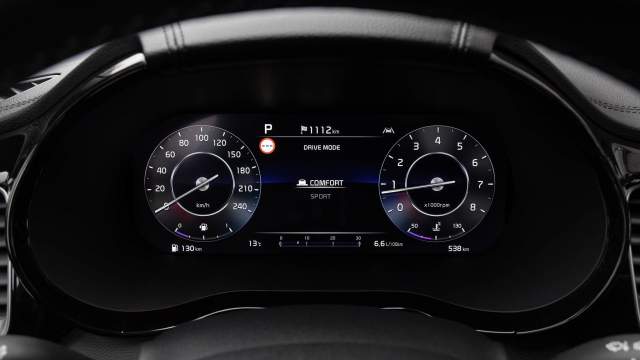 The top versions of the GT Line and GT Line + have changed more seriously – they have a sports steering wheel and sports seats with developed lateral support. Moreover, the first version of the chair is upholstered with artificial leather and fabric, and the second – leather in combination with artificial suede. The car with “plus” is traditionally equipped with a maximum of options, from front parking sensors and memory of the driver’s seat positions to a digital dashboard, like the Kia K5, and an electronic parking brake.

Plus a complete set of Drive Wise assistants: adaptive cruise control, lane keeping system, traffic sign recognition system, car parker. It is strange that after the restyling the sunroof was no longer offered.

The motor is more powerful, the “robot” is quicker

The only transmission option for the turbo engine is still a 7-speed “robot” with two clutches. The box was updated, including a flashing, thanks to which it stopped getting confused in gears. Yes, light twitching remained at a low speed, but a sharp start from a standstill does not work – in order to save the resource of the clutches. At the same time, the comfort of the car with the “robot” has increased significantly: the shifts are quick and imperceptible. 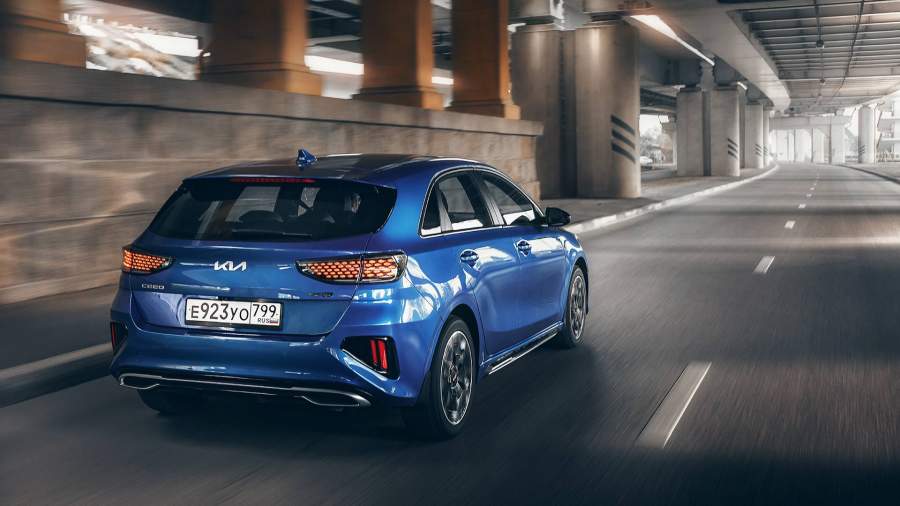 The length of the base hatchback and station wagon has not changed, but the GT Line cars have added 15 and 5 mm. The width and height of the models have not changed: 1800 mm and 1457 mm, respectively

The turbocharged Ceed (both a hatchback and a heavier station wagon) turns corners in a collected manner and, one might say, recklessly. At the same time, the dense suspension does not fail even on bumps.

The new turbo engine is surprisingly economical – 5.8 liters are declared on average, and according to the on-board computer it came out around 8. The downside of such efficiency is a rather complex design of the power unit with a system for changing the duration of valve opening.

How much are European values ​​in rubles

Ceed is one of the last of what used to be called the “golf class”. There is also, in fact, VW Golf, but prices for it start at 2.5 million rubles, premium hatches are even more expensive. 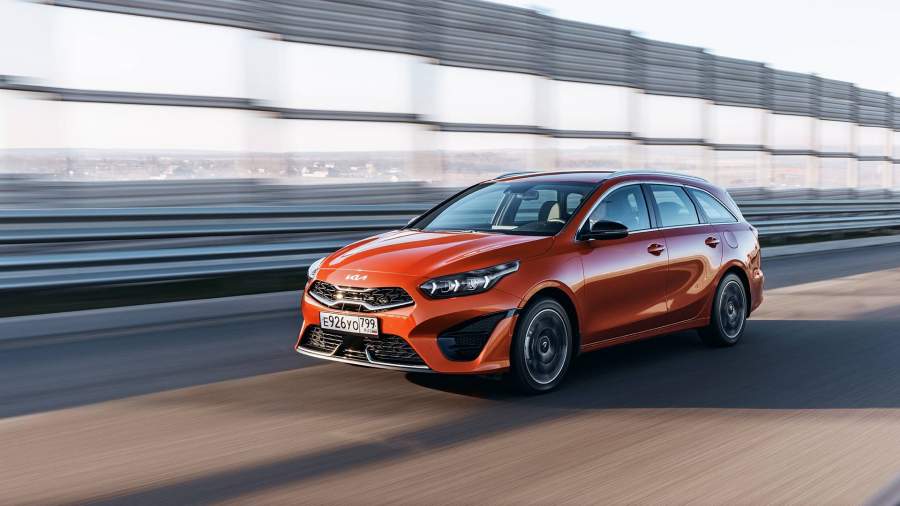 A heavier station wagon is slower in acceleration by 0.2 s. The maximum speed and consumption indicators do not differ from him.

Despite the price hikes, this Ceed remains an inexpensive way to embrace European automotive values ​​and the forgotten hatch culture. The station wagon is generally profitable in the middle between the Lada Vesta SW and Skoda Superb Combi. But the Proceed shooting break with a spectacular silhouette did not come to the court – we will not have an updated car. Even at the best of times, its share in sales did not exceed 5%.

Lucía de la Cruz on Elías Montalvo: He is not a professional...

Ruby Palomino: from winning in La voz Peru to competing in the...

An initiative to organize school tournaments for people of determination

The News Glory: Get up to date latest breaking news from India and Global including current headlines on business, politics, entertainment and many more.