Serbia confirms its desire to join the European Union, but rejects sanctions against Russia 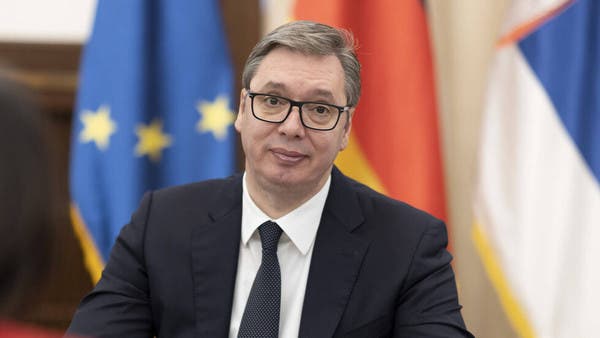 Serbian President Aleksandar Vucic said Friday in a televised press conference that his country remains strongly committed to joining the European Union, but will not change its policy towards Russia.

Vucic pointed out that Belgrade will not impose sanctions on Moscow because of its military operation against Ukraine, without directly stating this.

“Since the third day of the conflict in Ukraine, we revealed our position, and after 70 days we stick to it,” he added.

On February 25, the Serbian leader said that his country fully supports Ukraine’s territorial integrity and considers the Russian operation “a very bad thing”, but that it will not impose sanctions on Russia.

He stressed that he was under “pressure” to harmonize Belgrade’s policy with that of EU member states and to impose sanctions on Russia.

And he added, “Serbia will not trample and will not destroy its friendships in the (European) East, and I do not care about the severity of the increasing pressures.”

Vucic stressed that “only the strength of Serbia’s interests can change our position.”

Nevertheless, the Serbian president made it clear that Belgrade “is more determined to move forward on its European path.”

He indicated that he is still seeking membership in the bloc, even though “for the first time a clear majority of citizens oppose joining the European Union,” based on the results of a poll conducted by the “Ipsos” institute in Serbia.

According to the poll indicated by the president, 44 percent of citizens oppose EU membership and 35 percent support it.

Aleksandar Vucic has managed to reconcile East and West for years, receiving significant financial support from the European Union while striking important economic agreements with China.