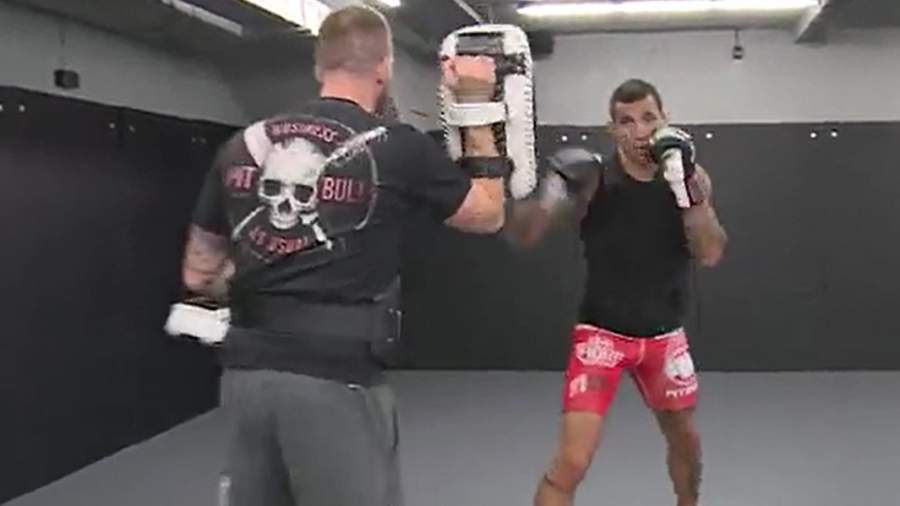 Serbian MMA fighter Alexander Ilic, nicknamed the Joker, is actively preparing for the upcoming fight with Russian rival Alexander Shlemenko. As can be seen in the footage obtained by Izvestia on August 13, the athlete trains all possible muscle groups.

Ilic practices punches and kicks, runs and boxing with a bag and a trainer. His training takes place in a specially equipped gym.

Earlier Saturday, Shlemenko described his Serbian opponent as “tall and awkward.” He noted that he was expecting a duel with a mixed style fighter Magomed Ismailov, but the opponent is now different. According to Shlemenko, another advantage of the Joker is that he is left-handed.

The day before, Ilic called Shlemenko a legend. According to the Joker, he knows everything about the opponent’s sports career. Ilic noted that when he first started playing this sport, Shlemenko was already a star.

The duel between Russian and Serbian athletes will take place on August 26 in Yekaterinburg. TV channel REN TV will broadcast the fight as part of the RCC 12 tournament. On the same day, the duel of the Russian martial artist Ivan Shtyrkov and light heavyweight Nasrudin Nasrudinov will take place.

Spectators REN TV will also see a live broadcast from Serbia, where another major tournament will take place – the Battle of the Kalemegdan Fortress. In Belgrade, the main fight of the evening will be the fight between Russian heavyweight, current WBA Asia heavyweight champion Murat Gassiev and American boxer Carlows Welch.