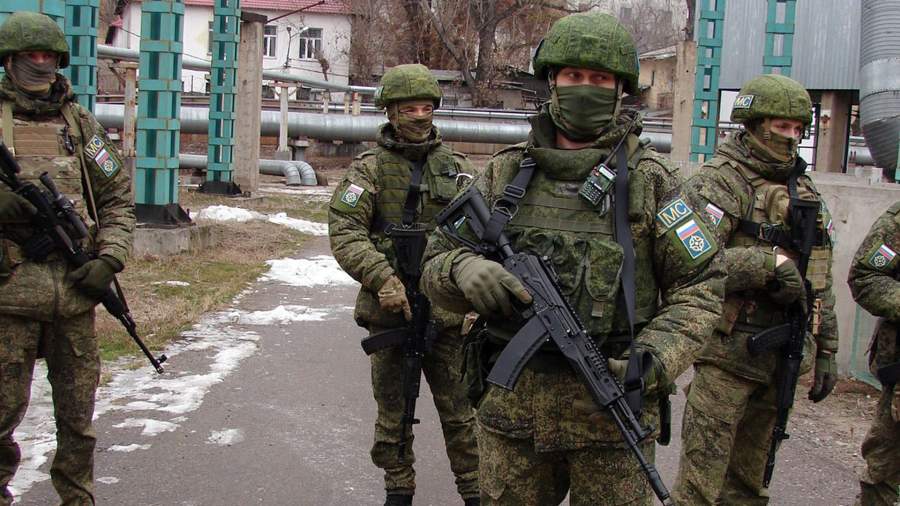 Over the past day, CSTO peacekeeping units have taken under protection five important socially significant objects. This was announced on Wednesday, January 12, by Colonel General Andrei Serdyukov, commander of the CSTO collective peacekeeping forces in the Republic of Kazakhstan.

Serdyukov noted that units of unmanned aerial vehicles were involved in monitoring the situation in the areas where the tasks were performed. They conduct round-the-clock monitoring of the situation in four areas of aerial reconnaissance, the results of which are sent to mobile command posts in real time.

Earlier, on January 11, the commander of the unit guarding the Kazakhtelecom branch in Alma-Ata, Captain Denis Ivanov, said that the residents of Kazakhstan show interest in the peacekeepers, help and often ask to be photographed. However, the Russian peacekeepers are forced to refuse, as this is prohibited. He noted that the local residents welcomed the military and provide them with all-round assistance, respond to requests, which are usually of an everyday nature – to wash their hands and give them water.

On the same day, Russian Defense Minister Sergei Shoigu said that the CSTO peacekeeping forces would complete their mission in Kazakhstan after the situation had completely stabilized and by decision of the republic’s authorities. According to the minister, the peacekeepers are currently performing tasks to protect important military, state and socially significant facilities on the territory of Kazakhstan.

Also on Tuesday, the president of the republic, Kassym-Zhomart Tokayev, said that the CSTO mission is planned to be completed within two days. The withdrawal of the peacekeepers will take about 10 days.

On January 10, he announced the restoration of constitutional order in the country. He pointed out that the republic has experienced a large-scale crisis, the most difficult in the history of independence, and noted that in the near future the large-scale anti-terrorist operation will be completed, and with it “the successful and effective mission of the CSTO contingent will end.”

On January 2, protests began in Kazakhstan due to the rise in prices for liquefied gas. In some cities, rallies escalated into riots. The situation has become especially aggravated in the largest city of the country – Alma-Ata. The protesters, among whom, according to the authorities, were extremists, broke into the administration building, set fire to the prosecutor’s office, the office of the ruling party and seized the presidential residence.

The criminals ransacked the offices of five TV channels, tried to attack the pre-trial detention center and attempted to enter the territory of a military unit in the Aktobe region, and attacked doctors.

On January 5, the President of Kazakhstan appealed to the Collective Security Treaty Organization (CSTO, which includes Russia, Belarus, Armenia, Kyrgyzstan, Tajikistan and Kazakhstan) for help in overcoming the terrorist threat; peacekeepers were sent to the republic for a limited period of time.