Several injured after serious accident A15 near Dodewaard, police are looking for ‘difficult walking man’ 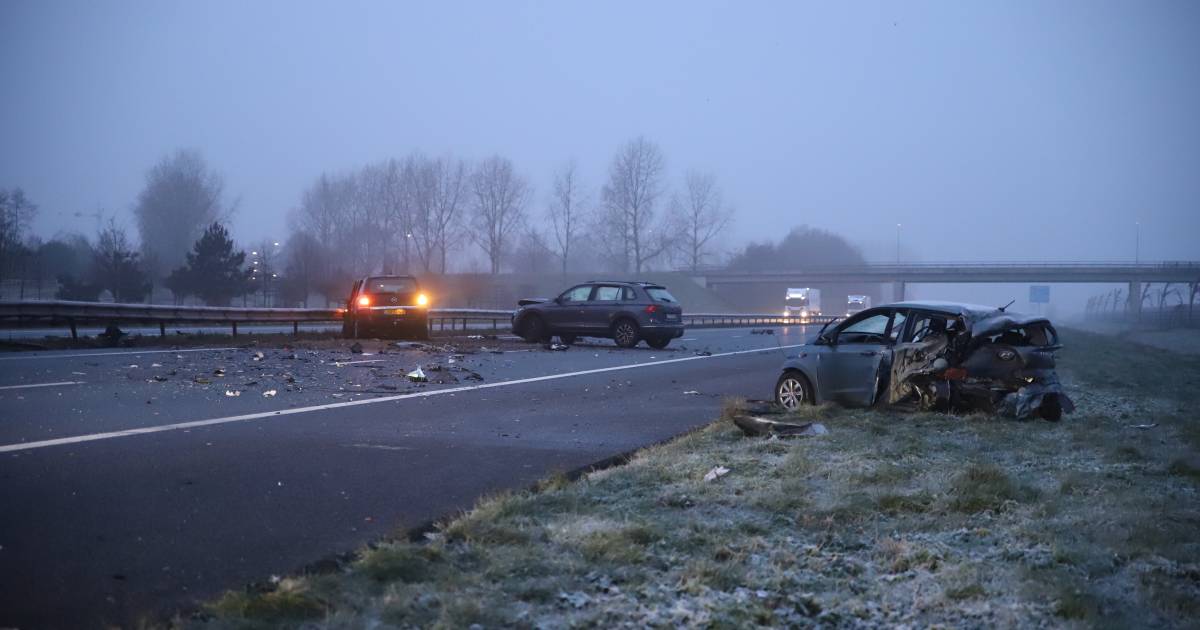 The accident happened around 6:30 am on the A15 towards Rotterdam, near Dodewaard. Nothing is yet known about the cause.

The Gelderland police report that two injured people have been taken to hospital and that a driver has been arrested. He is suspected of driving under the influence. In addition, the police are still looking for another driver. Police suspect he may also be under the influence of alcohol.

This suspect is approximately 1.85 meters tall, would have difficulty walking and is ‘possibly wearing a face mask’. “What we know is that he walked through a ditch, which could mean he could become hypothermic,” said a police spokeswoman. The police have called on Burgernet to look out for the man.