Seville snatches a fatal draw against Villarreal in the Spanish League 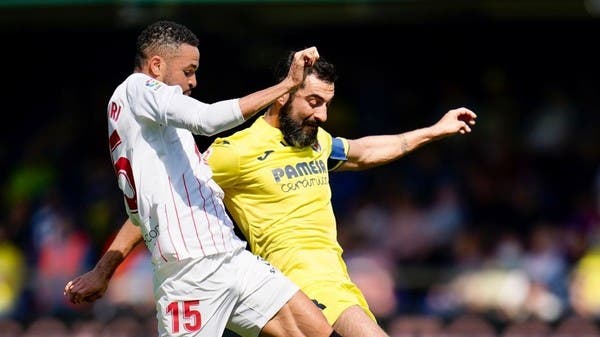 Seville snatched an exciting draw at the last minute 1-1 from the stadium of its host Villarreal, on Sunday, in the thirty-fifth stage of the Spanish Football League, which also witnessed a draw with Getafe and its guest Rayo Vallecano without goals.

The balance of Seville, who achieved only two wins in its last nine matches in the competition, rose to 65 points in third place, while Villarreal raised its score to 53 points in seventh place.

Villarreal scored through Giovanni Lo Celso in the 86th minute, but Jules Conde scored the equalizer for Sevilla in the sixth minute of stoppage time for the second half, to give the Andalusian team a valuable point.

And imposed a goalless tie against Getafe and its guest, Rayo Vallecano, earlier on Sunday.

The two teams were unable to score during the two halves of the match, after their players raced to waste all the opportunities that had been given to them throughout the ninety minutes, so that each team was satisfied with obtaining one point.

Rayo Vallecano remained in the twelfth place in the competition standings with 42 points, 5 points ahead of Getafe, ranked fifteenth.