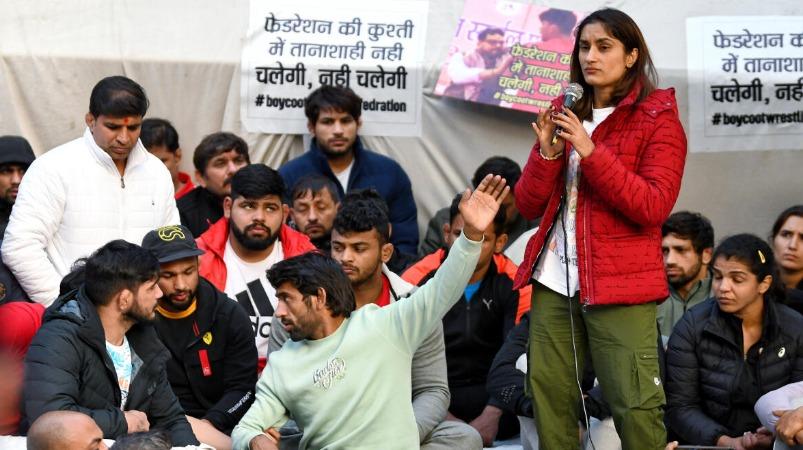 New Delhi: Wrestling Federation of India president and BJP MP Brij Bhushan Charan Singh has been accused of sexual harassment by female wrestlers. He, along with leading players like Vinesh Phogat, Saritha, Sakshi Malik, Sangeeta Phogat and many others started a protest in Delhi Jandar Mantar area two days ago. Leading player Bajrang Punia is also struggling with them.

At that time, the athletes demanded the immediate dissolution of the Indian Wrestling Federation. After the negotiation, the players came out at 1.45 am.

It took a lot of courage for us to come together and protest against the head of the wrestling federation. If he is not sacked, the lives of all the protesting youths will be over. We will not leave the struggle until the president of the Wrestling Federation of India is sacked,” it said.

The Executive Committee of the Indian Olympic Association met urgently last evening to discuss the letter. In this, it was decided to form a 7-member committee to inquire into the sexual allegations leveled by women wrestlers against Brij Bhushan Charan Singh. It is also reported that Mary Kom, Dola Banerjee, Alaknanda Ashok, Yogeshwar Dutt, Sahdev Yadav and two lawyers will be included in this committee.

7 members including Mary Kom, Dola Banerjee, Alaknanda Ashok, Yogeshwar Dutt and Sahdev Yadav will be included in the inquiry team.