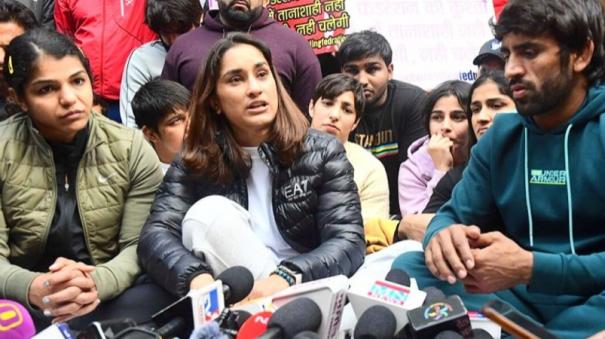 In this regard, the letter sent to the wrestling federation said, “The Ministry is taking this matter seriously as it is in the interest of the sportspersons. If they fail to respond within 72 hours, the Ministry will initiate action against the Wrestling Federation of India as per the National Sports Rules, 2011.”

The Director of NCOE Center has been instructed to provide necessary facilities to the National Champions who have already come to Lucknow to participate in this training and the upcoming National Champions till they leave the training centre. Information has been sent to all the champions about the cancellation of the national level training camp.

The protesting female wrestlers also accused the Indian Wrestling Federation of interfering in their personal lives and degrading them.

A wrestler said, “When we went to the Olympics, we didn’t have a physio or a trainer. We are constantly being threatened for raising our voice against this,” he said.

Olympic medalist Bajrang Punia said, “The players want the management of the federation to be removed and new ones appointed.