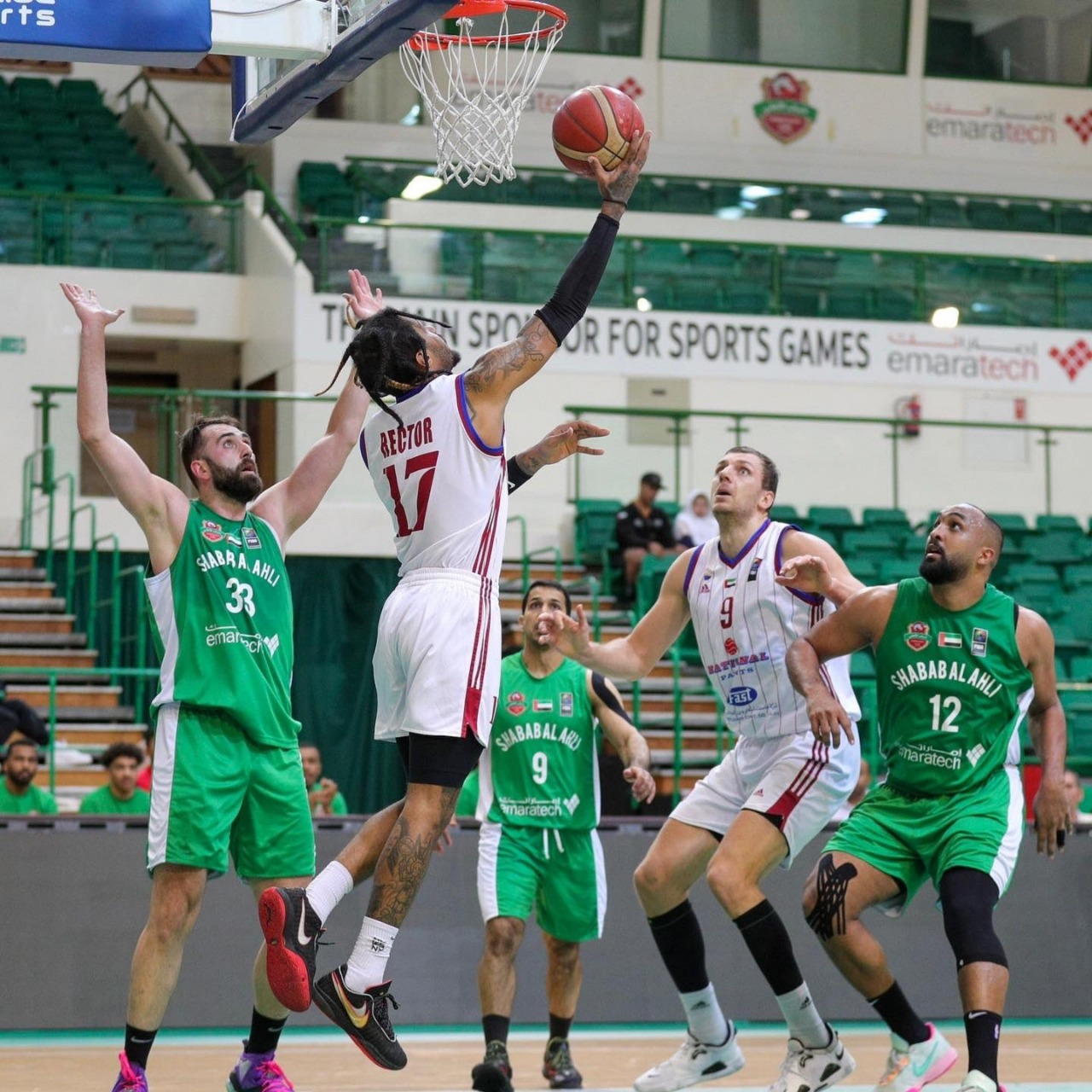 The basketball teams of Shabab Al-Ahly and Al-Nasr clubs qualified for the semi-final round in the General League Championship, after their successful success in finishing the preliminary round of the tournament in the first and second places, by winning the 14th and final round, which came to “Dubai Knights” at the expense of its guest, Sharjah, by (94). -91), and for “Al-Ameed” over Al-Wahda (89-69) in a match that was held at Al-Jazira Club hall, before Al-Wasl clinched fourth place by defeating its guest Al-Dhafra with a score (92-80).

The results of the preliminary round resulted in the leadership of the Al-Ahly youth team in the overall standings, with a total of 23 points achieved by the “Dubai Knights” from 11 victories and defeats, while Al-Nasr came second with 21 points (9 wins and 3 defeats), and Sharjah fell to third place with 20 points (8 wins). And 4 defeats), and for Al Wasl and Al Bataeh to maintain their fourth and fifth positions, with scores of 19 and 16 points, respectively, achieved by “The Emperor” from (7 victories and 5 defeats), and Al Bataeh from (4 wins and 8 defeats), and to reserve Al Wahda the last qualifying positions for the supplementary round by occupying the sixth place with a score 15 points from (3 wins and 9 defeats), while Al Dhafra left the championship by occupying the seventh and last place with 12 points.