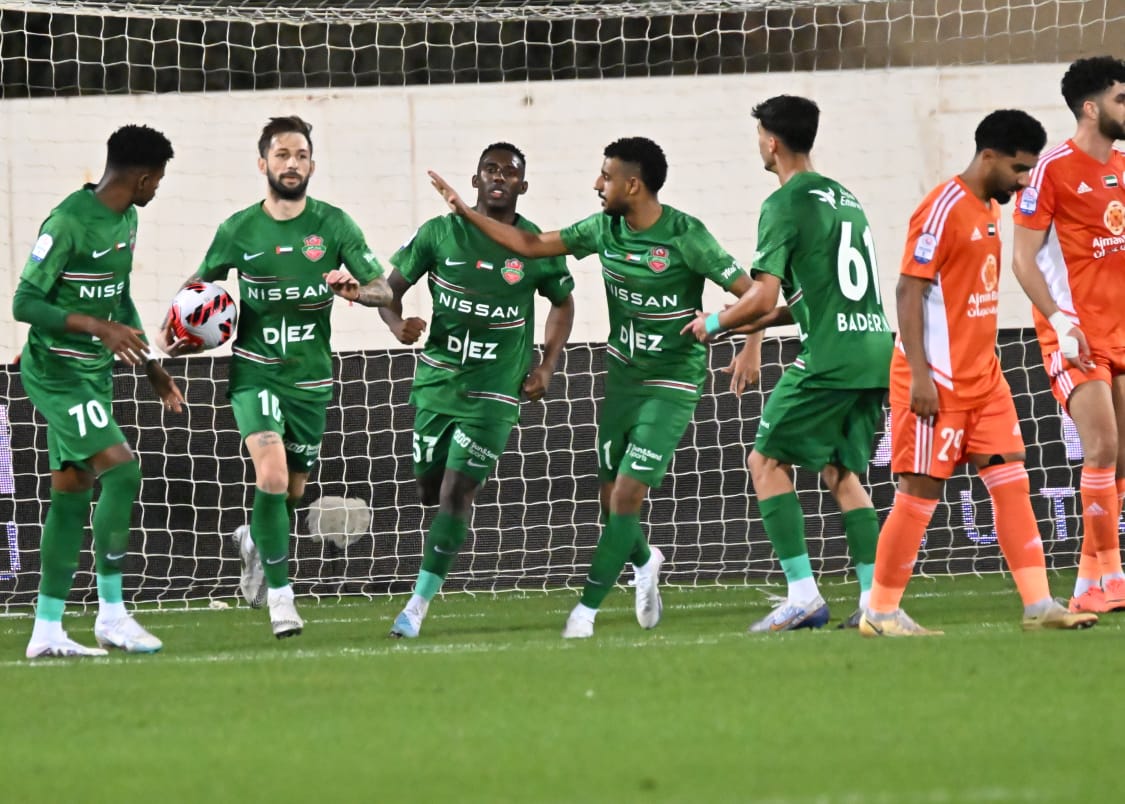 Shabab Al-Ahly regained the top spot in the ADNOC Professional League standings by defeating Ajman, 3-1, today, Monday, in the 13th round, at Rashid bin Saeed Stadium in Ajman, raising the “Dubai Knights” score to 28 points, crowning itself as the winter champion, ahead of Sharjah in the center. The second scored 27 points, while the “orange” balance stopped at 23 points.

The match witnessed the referee counting 16 minutes of wasted time, by 10 minutes in the first half, but he continued to play until the 13th minute, while in the second half he counted 6 minutes, so that the two teams played 109 minutes.

Ajman received a strong shock after defender Mohamed Ismail got a red card after 25 seconds had passed in the fastest expulsion in the ADNOC Professional League, after he committed a violent violation against Walid Abbas.

And at the time when Shabab Al-Ahly came close to achieving the goal of progress, the Tunisian Firas Belarabi starred and scored the first goal for the Ajman team from a counterattack led by Nasser Nour, and passed the ball to Belarabi, who skillfully received the ball and fired a missile into the goal (38).

Shabab Al-Ahly added the second goal through “friendly fire” from a ball played by Kartabia and Abd al-Rahman Rakan accidentally played it in his own net (64), before the substitute, Brazilian Guilherme Bala, added the third goal in a wonderful way from a missile shot (74), so that the match ended with Shabab Al-Ahly winning.