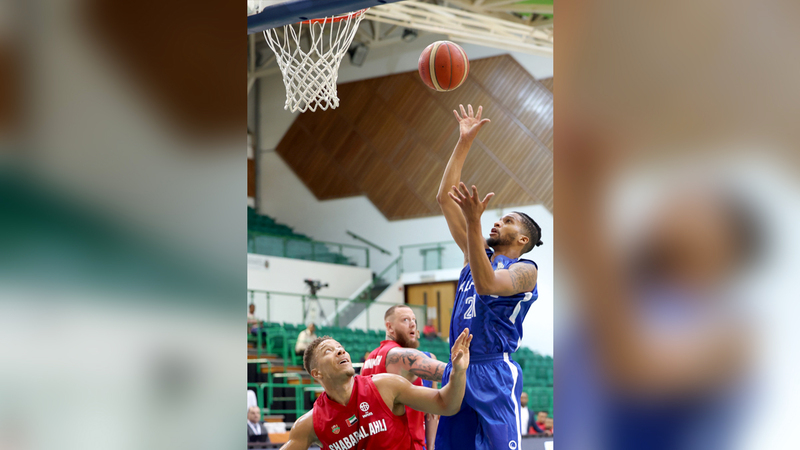 Al-Ahly youth continued its glow in the West Asian basketball qualifiers for the Gulf region, and succeeded in settling the first group summit in its favor, after defeating Al-Hilal Saudi Arabia, with a score of 75-70 in the match that brought them together, yesterday evening, in the Al-Ahly Youth Club hall in Al-Mamzar.

This is the third consecutive victory for “Dubai Knights”, after he had previously defeated both Kazma Al Kuwaiti and Al Bashaer Al Omani, in the past two rounds, raising his score to the sixth point, while Al Hilal’s balance remained with him is four points in second place.

And although Shabab Al-Ahly was unable to settle the first quarter in his favor, which went in favor of Al-Hilal “the leader” by a difference of four points “24-20”, however, the “Dubai Knights” were able to respond in the second quarter, by a difference of six points “21-15 However, the Saudi leader regained superiority in the third quarter, with a score of 18-16.

In the decisive and final quarter, Shabab Al-Ahly managed to regain its superiority, by five points, to win “18-13”, which are the points that decided the confrontation in favor of the UAE champion.

In the details of the confrontation, Al-Hilal appeared at the beginning better at the level of the defensive and offensive sides, and its stars Mark Lyons and Muhammad Al-Suwailem were able to tip the balance of their team in the first quarter, especially at the level of the triple shooting.

The advantage passed to Shabab Al-Ahly in the second quarter, thanks to the quick attacks, and the recovery of the professional duo, Brandon Tresh and Nick Minrath, took advantage of their brilliance under the net.

The third half began with a debate between the two teams, and each of them exchanged progress, until the general result ended in a tie 57-57, which gave the fourth half more excitement and clubbing to resolve the result and lead the way.

Indeed, the tie was repeated in most of the times of the fourth and decisive half, as Shabab Al-Ahly succeeded in snatching the score in the last two minutes.