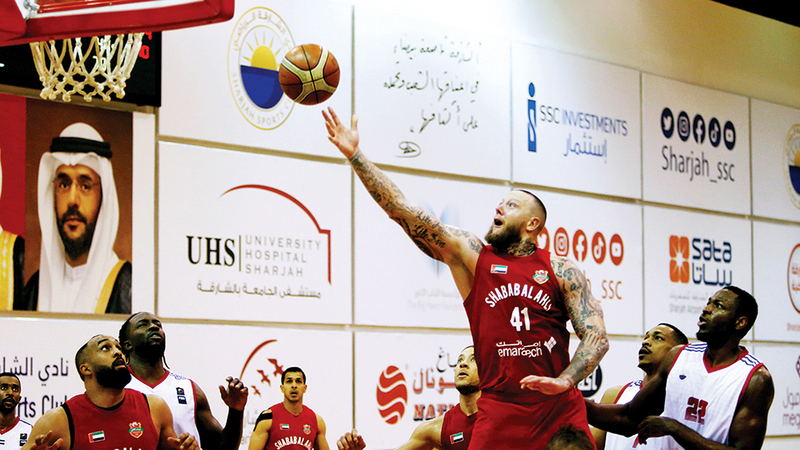 Shabab Al-Ahly Hall in Dubai will host at 6:00 pm today an important confrontation that brings together the basketball team at Shabab Al-Ahly club with Al-Hilal Saudi Arabia at the top of the third round matches of the first group of the West Asian qualifiers for the Gulf basketball region.

The importance of the confrontation is concentrated in the fact that its result will determine the leading team of that group at the end of the first-leg stage of the qualifiers, which will be held for the first time in a home-and-away system, after the youth of Al-Ahly and Al-Hilal were equal in the number of points before the night’s confrontation, and each of them had four points, from their victory over Kazma Al-Kuwaiti and Al-Bashaer Al-Omani , Straight.

The value of that confrontation is reinforced by the great history that the two teams possess at the Gulf level in particular, as Al-Ahly youth imposed its dominance on the Gulf basket in three consecutive editions when it was crowned with the title in 2015, 2016 and 2017, while Al-Hilal Saudi Arabia won the title in 1992 and 1996.

Al-Ahly youth rely a lot in today’s confrontation on the professional trio Brandon Tresh, Nick Minrath and Qais Omar, along with Saeed Mubarak, Muhammad Abdul Latif and Hamed Abdul Latif, with a coach with great experience in dealing with these difficult confrontations, the Bosnian Zoran.

The tournament regulations stipulate that the group leaders qualify directly for the semi-finals of the tournament, which is what Al-Ahly youth seeks to achieve, especially since the two Al-Hilal matches in particular will be the gateway to reaching that stage of the tournament.

Al-Ahly youth should be wary of the American professional in the ranks of Al-Hilal of Saudi Arabia, Clint Shiman, who starred in his team’s last match and succeeded alone in scoring 34 points, and the distinguished playmaker Khaled Abdul-Jabbar, who was the best scorer in Al-Hilal’s match against Kazma Al-Kuwaiti, scoring 29 points.