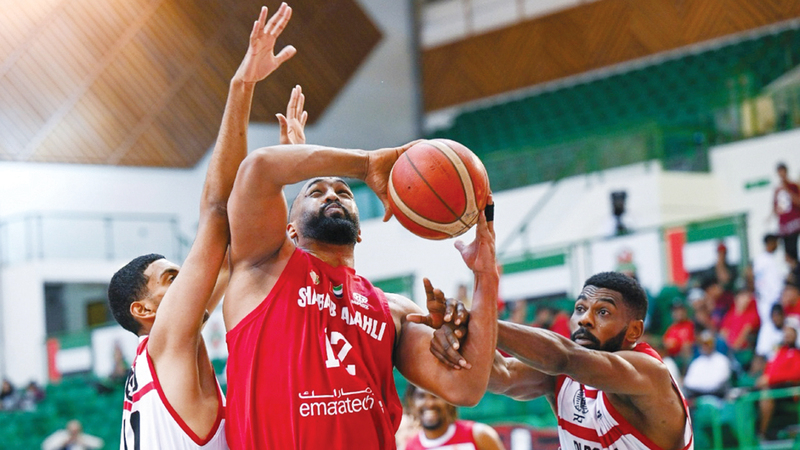 Yesterday, the basketball team at Shabab Al-Ahly Club renewed its victory over the Omani Al-Bashaer team, and won it by 31 points, with a score (92-61), yesterday, at the Sheikh Saeed bin Maktoum Hall in Dubai, for the return stage in the first group of the (Super West) tournament. Asia) for the Gulf region, knowing that Shabab Al-Ahly had won the first leg last December, with a score (71-69).

And the Al-Ahly youth team strengthened its lead in the group with the full score and a score of eight points, one point ahead of Al-Hilal, the runner-up, who won its turn the day before yesterday, over Kuwaiti Kazma (92-87), so that Kazma occupied third place with five points, and Omani Al-Bashaer remained in fourth and last place with four. points.

The performance of Shabab Al-Ahly in the Al-Bashir match came in contrast to the image that the “Dubai Knights” appeared in the first-leg match, in terms of tactical discipline, the implementation of the tight defensive closure, the speed of transferring the ball and building quick attacks, which allowed the Al-Ahly youth players to extend their tight control over the stages of my game. The match and winning the absolute advantage with the results of the four stages (22-12, 19-16, 28-13 and 23-20).

Shabab Al-Ahly owes its victory to the brilliance of international Qais Omar, who scored 30 points, alongside Bosnian professionals Milan Milosevic and American Brandon Trichy, who scored 28 and 21 points, respectively. On the seventh of next March, Shabab Al-Ahly will complete the return rounds, when it will be a guest on Kazma Al-Kuwaiti, before concluding its matches on the 20th of the same month by meeting Al-Hilal in Riyadh in the third and final round.