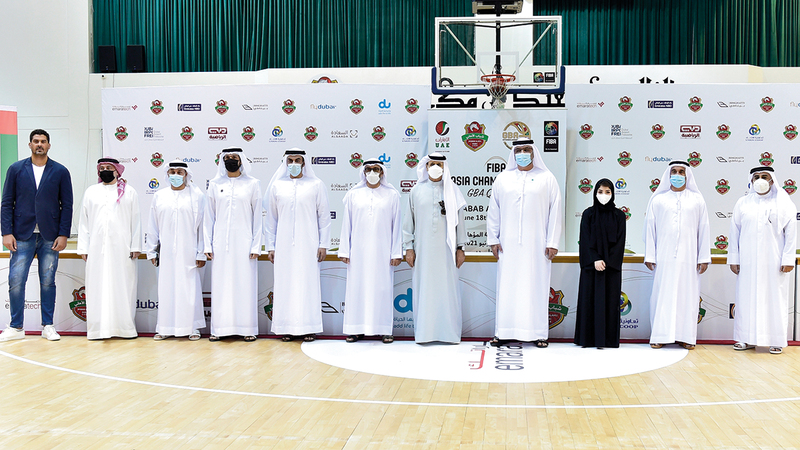 Shabab Al-Ahly Club revealed the eight sponsors of the Gulf Club Championship in its 40th edition, which will be hosted by the club during the period from the 18th to the 26th of this month, qualifying for the Asian Clubs Cup, and competing for its titles alongside the “Basket Knights” of the Saudi Al-Nasr, Bahraini Al-Ahly, Kuwait Kuwaiti and Al-Shamal clubs. Qatari.

This came in the press conference, yesterday, at Saeed Bin Maktoum Hall in Al-Shabab Al-Ahly Club, and was attended by the President of the Arab and Emirati Basketball Federations, Major General Ismail Al-Gergawi, member of the Board of Directors of Shabab Al-Ahly Club and Chairman of the Board of Directors of the Sports Sector, Major General Muhammad Ahmed Al-Marri, and members of the Basketball Association. And the sports sector in Al-Ahly youth, and representatives of the sponsoring companies.

The Executive Director of the Sports Games Company in Al-Ahly Youth Club, Dr. Majed Sultan, signed the agreement with representatives of the sponsoring companies.

Member of the Board of Directors of Shabab Al-Ahly Club and Chairman of the Board of Directors of the Sports Games Company in the club, Major General Muhammad Ahmed Al-Marri, said in a press statement: “National and private companies have always confirmed their permanent support for sponsoring sports tournaments hosted by the state, and this is evidence of the people of the Emirates standing side by side with for the success of the various events hosted by the UAE.”

He added, “The choice of the country and Al-Ahly Youth Club to host the 40th Gulf Championship for Basketball Champions, reflects the confidence placed by the Gulf Organizing Committee of the UAE in its leadership and professional handling of the precautionary measures for the (Corona) pandemic.”