Shabnam case of seven murders with boyfriend in UP; Compassionate petition to the Governor: Will the execution be postponed? 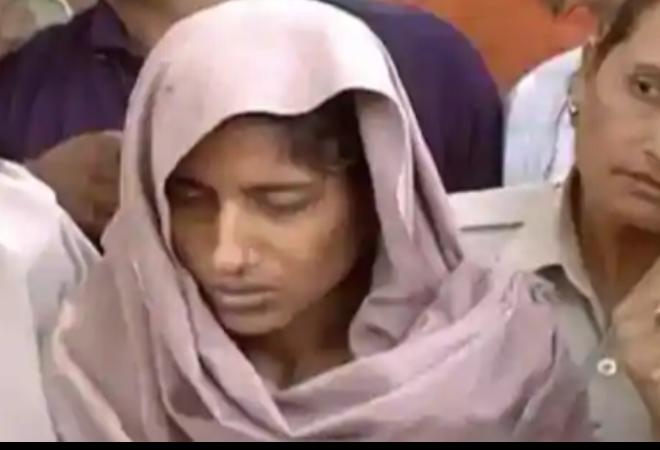 In Uttar Pradesh Seven murders In case of done Execution With the president rejecting the clemency petition of the sentenced love couple, the two are engaged in an attempt to postpone their execution.

About 13 years ago, a young woman lived with her boyfriend in the village of Bhavankedi in Hasanpur, Amroha, western UP. Shabnam He decided to kill his family. Seven members of the family, including Shabnam’s father, mother, elder brother, sister-in-law and their 10-month-old baby, were killed in the incident. For this mix sleeping pills in milk for everyone at night Shabnam Ali had given.

Thus, Shabnam took those who were in a deep sleep and killed her boyfriend Salima by cutting her neck with an ax. Three other family members survived because they had gone abroad for a wedding. He said the murder was committed by thieves and he survived by being locked in a toilet Shabnam Said. Then with the fleeing boyfriend Shabnam Both were arrested and charged with murder.

Mayawati, the then chief minister of the Bahujan Samaj, also visited the village in person. The Amroha District Court judge who heard the case ultimately ruled in favor of both Execution Gave and judged. The sentence was upheld by the Allahabad High Court and the Supreme Court. First on this Petition Rejected by the President.

Under these circumstances, arrangements were made for the execution of both men. In which, Shabnam She is the first woman to be hanged since independence. For this, a room is being set up in UP’s Mathura jail to hang women under British rule. Currently Shabnam In Rampur Jail, Saleem Prayag Raj is also lodged in Naini Jail. Prison officials have written to the Rampur district court to issue a warrant for Shabnam’s execution.

In this case, the death sentence should be postponed Shabnam Has been taking various initiatives. For this, a second mercy petition Shabnam UP through his lawyers. Sent to Governor Anandiben Patel. Thus, chances are that the execution will be postponed until a decision is made on the petition.

Shabnam Ali, in the Saibi section, Saleem The Patan sect is also Muslim. Thus, it is said that Shabnam’s parents did not consent to their marriage. However, the marital relationship between the two continued, at the time of the murder Shabnam She is two months pregnant. He later gave birth to a baby boy in Rampur jail without getting married.

His 12-year-old son, Shabnam He was handed over to his friend by prison officials on request and is being raised in Bulandshahr. The boy also wrote a letter of condolence to the president, asking him to forgive his mother.

His son Shabnam met his mother at Rampur jail yesterday. Shabnam then complained to him that he had been implicated in the case. He also said that he would ask the CBI to investigate his case. By such measures Shabnam He is said to be trying to postpone his execution.

In the meantime, Rampur Jail A second warrant has been filed on behalf of Shabnam seeking a warrant for his execution.

Shabnam was the only daughter of a teacher called Master Shaukat Ali Saibi. He holds an MA in English and Geography. Graduated. At a private school in the county Shabnam He has also been a teacher. He fell in love with Saleem, who worked in a lumber shop opposite the house.

This Saleem is a person who did not continue his schooling as he could not pass the sixth standard. Seven people were tragically killed in this tragic incident which took place to prove that ‘love has no eye’.

Bailiffs doubled the amount of penalties in six months

Daniela Darcourt surprises when announcing the launch of her new album

The Israeli Government Comptroller is investigating the stampede

I am Chile: ‘José Feliciano’ defeats ‘Emmanuel’ in close duel of Peruvians

The Internet has no speed; More than Rs 7 lakh was spent on advertising against the company