Shabwa Governor: We continue to fight the Houthis, and the Minister of Defense promises major victories 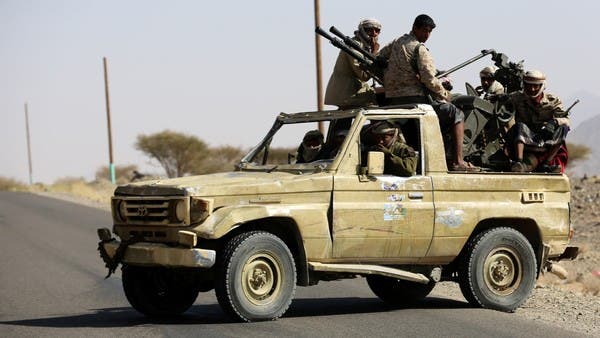 Yemeni Defense Minister Muhammad Ali Al-Maqdashi pledged that the coming days will witness transformations on all levels, until the Houthi militia is defeated, which is subjected to continuous defeats and setbacks on various fronts.

Al-Maqdashi added that the recent defeats of the Houthi militia in Shabwa and Marib will be the beginning of great victories awaited by the Yemeni people and will be achieved soon.

In turn, the governor of Shabwa confirmed to Al-Arabiya and Al-Hadath that the Yemeni forces, backed by the coalition to support legitimacy, are close to declaring Shabwa an area completely liberated from the Houthi militias and their war remnants. He also stressed the continuation of the war against the Houthis in other provinces.

The governor of Shabwa appealed to the coalition to support legitimacy in Yemen, to support infrastructure projects and provide health services, water projects and schools for the governorate after the Houthi militias were expelled from it.

A source in the Giants Brigades confirmed that the brigade’s decision is to continue the battle until the liberation of the provinces of Al-Bayda and Ma’rib.

The engineering teams are also working to clear the mines planted by the militias on roads and public places in Shabwa.

On Sunday, the Yemeni Mine Observatory said that all areas of Usailan and Bayhan Shabwa suffer from high contamination from mines, explosive devices and unexploded ordnance, calling on citizens to be careful and the displaced to wait and not to return quickly to their homes, explaining that the engineering teams are currently working hard to clear those areas of mines.

A civilian was killed by a Houthi mine explosion while he was on a motorcycle on a side road, two days after 5 civilians were killed and others seriously wounded, west of Shabwa governorate, southeast of Yemen.

On the Marib front, the forces of the National Army and the Popular Resistance continued their advance throughout the theaters of combat operations in the southern front of Marib Governorate.

During the past hours, it managed to defeat the Houthi militia from several locations on the southern front, following a massive attack that inflicted heavy human and material losses on the militia.

This coincided with intense artillery bombardment of the fighters of the Coalition to Support Legitimacy, targeting Houthi militia sites and reinforcements on various fronts in the south and west of Marib.

It is noteworthy that these field developments come a week after the Yemeni army and the giants launched a simultaneous campaign on the fronts of Shabwa and Ma’rib governorates, during which they achieved tangible progress in both governorates.

In September 2021, the Houthis took control of 3 districts south of Shabwa, including the Asilan district, which was recaptured by the legitimate government forces a few days ago, in addition to the districts of Bayhan and Ain.

While the militias launched a campaign since last February (2021) on the oil-rich Marib, in order to control it, they have recorded only slight progress, despite the violent attacks on the area, which is teeming with millions of displaced people.