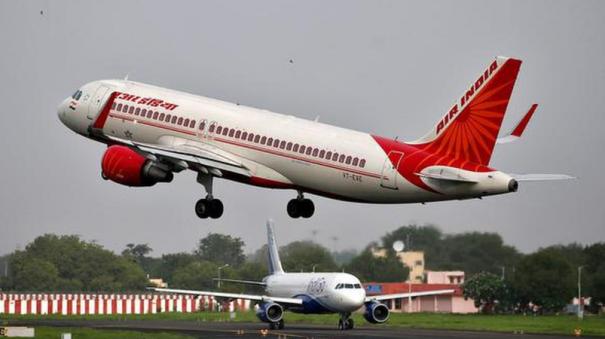 New Delhi: American company has fired a man who urinated on a fellow passenger while intoxicated.

An Air India flight from New York to Delhi was arriving on November 26. Then a passenger traveling in business class urinated on a female passenger. The person who urinated was under the influence of alcohol. The woman complained to Air India flight attendants about this.

After that the maids gave the girl new clothes and told her to sit in the same seat. They said that because the plane seats were full. After the flight landed in Delhi, Air India management did not take any action against the errant person. This greatly displeased the woman.

In this case, the woman wrote a letter of complaint to Tata Group Chairman N. Chandrasekaran, who runs Air India. Following this, the person has been banned from traveling on Air India flights for the next 30 days.

Meanwhile, the man who peed on the plane has been fired by his American company. The man, Shankar Mishra, urinated on a fellow passenger on the plane while under the influence of alcohol. Knowing this indecent act of his, the American financial services company ‘Wells Borgo’, where he was working, dismissed Shankar Mishra from his job. Also, the company has strongly condemned the action of Shankar Mishra saying that it is a big shame for their company.

It has been revealed that Shankar Mishra hails from Mumbai.