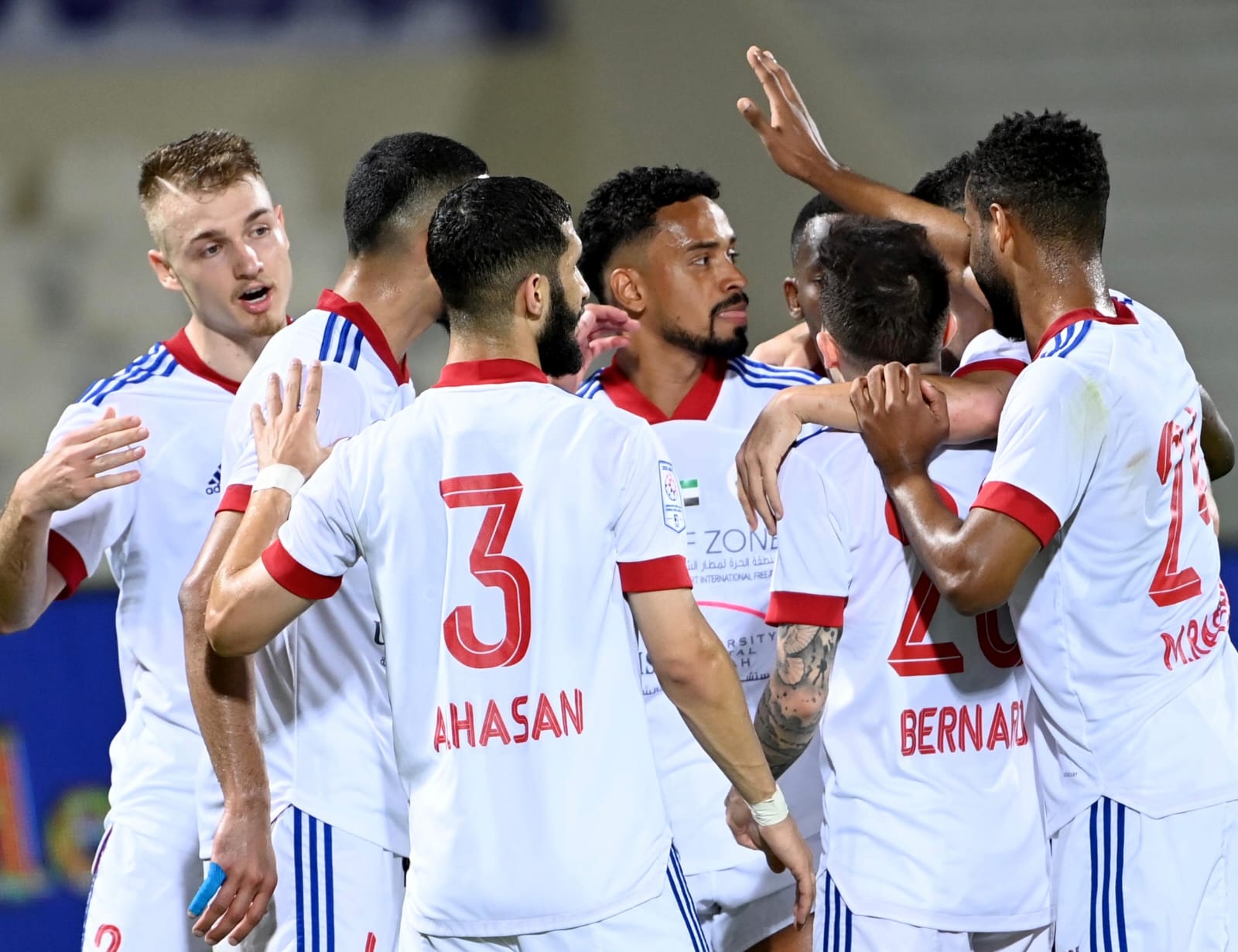 Sharjah beat its guest Bani Yas, by three clean goals, today, Sunday, at Sharjah Stadium in the 11th round of the ADNOC Professional League. It is the sixth victory for Sharjah in the league and the second for it during the era of its new coach, Romanian Cosmin, nicknamed “Caesar”, who restored the team’s prestige and personality again.
Sharjah raised its score to 19 points to rise from sixth to fourth place in the league standings, while Baniyas’ balance froze at 12 points in 11th place, and it is his fifth loss in the tournament.

With this victory, Sharjah revived its hopes again in the competition for the league title, and the Al-Sharqawi fans seemed happy with this great victory.
Sharjah opened the scoring in the match by Brazilian Caio Lucas “31”, scoring a beautiful goal from a free kick, and Saif Rashid added the second goal for Sharjah “48” from a cross pass, and Brazilian defender Gustavo Alex scored the third goal with a strong header shot “75 » This dispels any hope for the equalizer to return to the match.
Sharjah played the match with a 3- 4-3 plan, while Baniyas played the match in a 4-3 -3 manner. The first half came evenly and quickly from the two teams and was distinguished by enthusiasm and seriousness, while Sharjah started the best, most active and focused on the field.
Sharjah threatened Bani Yas goalkeeper Fahd Al Dhanhani with more than one dangerous attempt, the most prominent of which was Majed Rashid’s “17” chance while facing the goal.
Saif Rashid missed a golden opportunity for Sharjah while facing the goal from the pass of his Brazilian colleague Bernard Durate (28).
Sharjah translated his advantage in the match by scoring the goal of progress in the match, and this gave a great morale boost to his players.
Bani Yas tried to return to the match, and his offensive line was led by the Swedish component, Isaac Thalin, Suhail Al-Nubi and Ahmed Abu Namous, more than one attack, but it missed the final touch.
In the second half, Sharjah managed to score two goals, thus enhancing its control over the course of the game and making it difficult for Baniyas to return to the match.