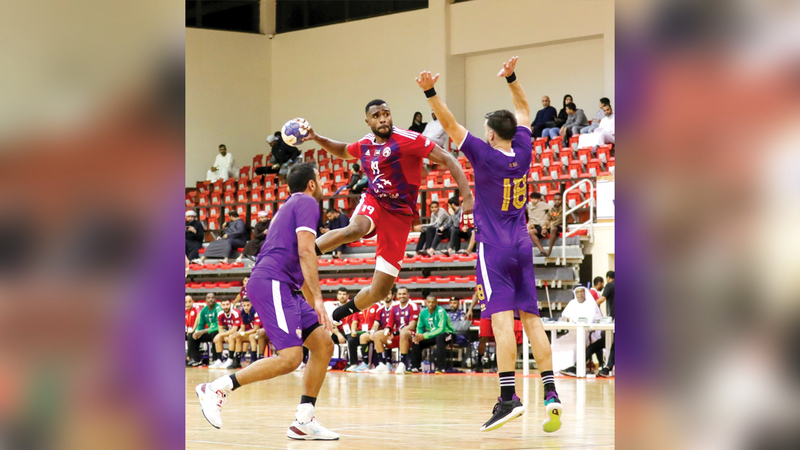 The handball teams of Sharjah and Maliha clubs advanced to the semi-finals of the Vice-President’s Cup competition, which will be held on January 20 and 21, after their success the day before yesterday in snatching their second consecutive victory in the second round of the preliminary round of the tournament.

The Maliha and Sharjah teams need to win or tie in the final round on the coming Friday and Saturday, to confirm their eligibility to lead their groups in the preliminary round, and move as leaders in the semi-finals, especially since the tournament system has ended, and with the conclusion of its preliminary round in the group league system from one stage, with the qualification of the two centers. The first and second from each group for the golden square, knowing that the final confrontation of the “king” in the preliminary round will bring him together on the island, while Maliha faces his neighbor Dibba Al-Hisn.

The defending champion, Sharjah, succeeded in continuing the campaign to defend its title with distinction, by snatching in the second round a wide victory over its guest, Al Ain, by a difference of 10 goals and with a score (32-22). Who in turn defeated Al Jazira (33-27), to compensate the “Dubai Knights” for their loss in the opening round, which came against “The King” by (32-21), leaving third place in the group for Al Jazira and Al Ain teams with a point each.

In turn, Maliha gave his best start in terms of handball tournaments, after his success in the second round of preliminary rounds in snatching a difficult victory at the expense of Al-Nasr (25-24), which he preceded in the first round by defeating Al-Wasl (29-26), to take the lead in his first group. With a full score, and a balance of six points, with a difference of two points from each of Al Wasl and Dibba Al Hisn, who participated in the runner-up position, especially since the “Emperor” succeeded in compensating by winning the second round against Dibba Al Hisn with a score (33-35), leaving the last place in the group for Al Nasr team, after drinking Two consecutive defeats.