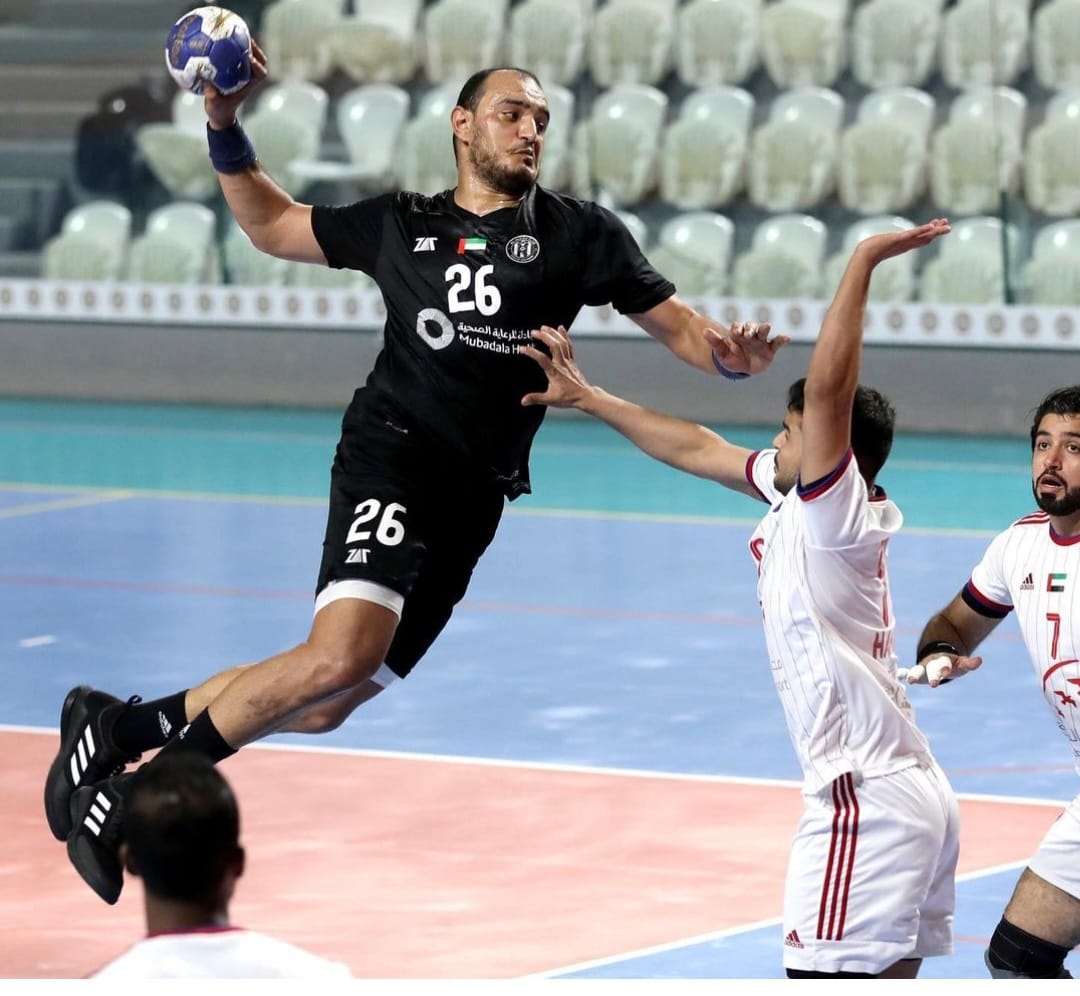 The handball teams of Sharjah and Shabab Al-Ahly clubs qualified for the semi-finals in the Vice-President’s Cup competition, despite the loss of the “King” to its host, Al-Jazira, with a score (29-25), and the return of “Dubai Knights” with a difficult victory from Al-Ain Hall, with a single goal difference and a result. (25-24), in two matches held for the final round of the preliminary round of the competition.

The Sharjah, Shabab Al-Ahly and Al-Jazira teams took the lead in the second group with seven points each, before the goal difference in the direct confrontations played the role of Al-Faisal by granting “the King” the leadership of the second group, and “Dubai Knights” the runner-up position.

Sharjah missed the opportunity to finish the first half, outperforming Al-Jazira by (13-12), after a second half, during which Al-Jazira succeeded in excelling in terms of performance and score, and winning the match (29-25).
In turn, the Al-Ahly youth team finished the first half, beating Al-Ain by two goals and with a score (13-11), in a difference that allowed the “Dubai Knights” to withstand the late awakening of the “Al-Zaeem” players during the course of the second half, and came out with a winning result (25-24).