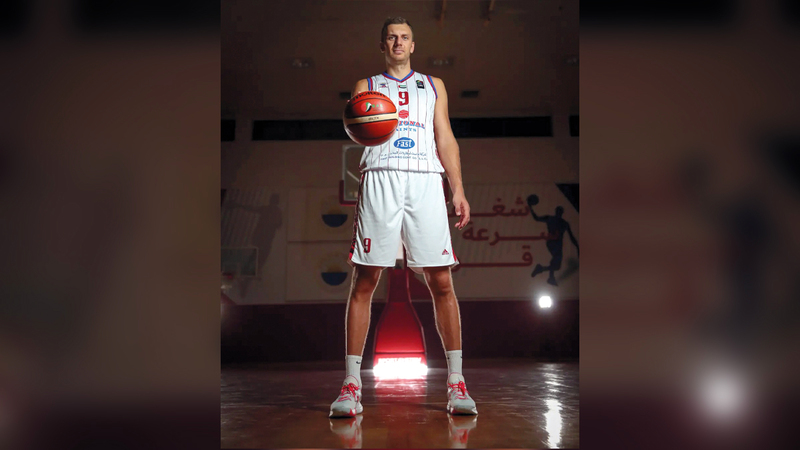 The Department of Collective Games at Sharjah Club officially announced yesterday its contract with Bosnian professionals Alamuddin Kikanovic and American Shani. The technical director of the Egyptian Basketball Team, Ahmed Omar, told “Emirates Today”: “The contract with the players came based on the team’s need for a tall player, and another capable of occupying the center of the quick wing playmaker.”

He explained: “The Bosnian Alameddin (33 years old) has a height factor and has long experience with European top clubs, and he played in the Serbian, Russian, French and German leagues, the last of which was with Kuwait, who was crowned with him in the Gulf Champions Clubs Championship that was held in Dubai last summer. His Kuwaiti club was runner-up in the Arab Club Championship, which was held in Alexandria in October 2021.

He added, “The 27-year-old American, Shani, is distinguished by his speed, in addition to owning high scoring rates at the two-point level or from the three-pointer line. Saudi Arabia, the last of which is Jahra, Kuwait.

He concluded: “The two players participated in the training of the team, which is preparing on August 31 to start the first competitions of the new season in the Federation Cup Open.”