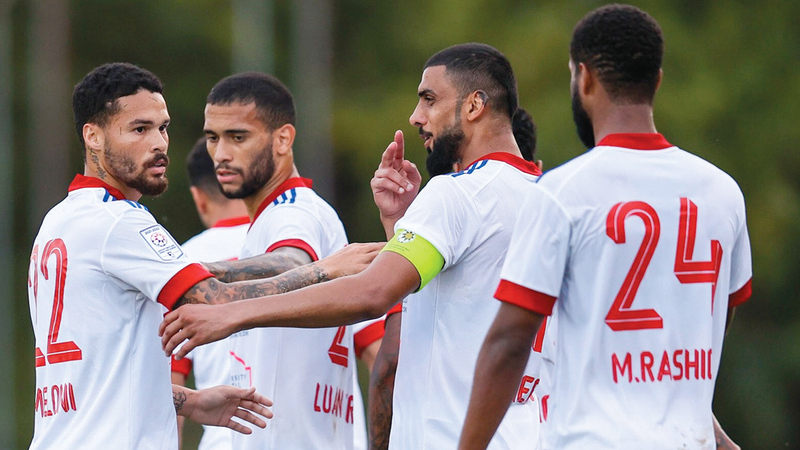 The Sharjah team is playing this evening a friendly match against the newly promoted Dibba to the ADNOC Professional League, knowing that the Sharjah team played, yesterday, a friendly match against the Gulf FC team, while the team launched, last Friday, the last stage in the preparation program, from During the internal training after his return, finally, from the external camp. Sharjah will start its career in the league by meeting Al-Ahly youth on the third of next month. The (King) strengthened its ranks with a number of players, most notably the Spanish striker Baku Al-Kasir, Majed Hassan and Rayan Yeslam.