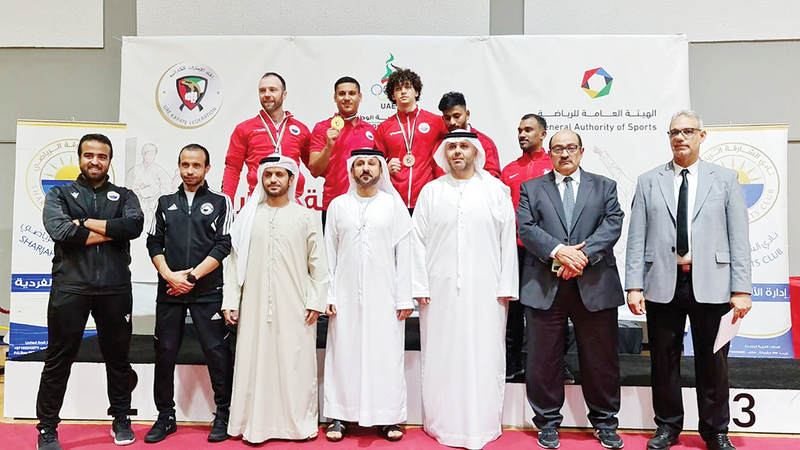 The Sharjah Sports Club team, with 12 colored medals (four golds, two silvers and six bronzes), was crowned the UAE Open Championship for “kata – individual” competitions for men, youth and juniors for the age groups from 14 to over 19 years, which took place the day before yesterday at the Sharjah Club hall in Al-Hazzana, and 85 players, representing 13 clubs, competed for their titles.

The coronation ceremony and the closing ceremony were attended by the Secretary-General of the Karate Federation, Hamid Shams, a member of the Board of Directors of the Sharjah Sports Club and the head of the individual games department in the club, Suleiman Al-Hajri, the head of the competitions committee in the Karate Federation, Ibrahim Al-Nuaimi, the executive director of the union, expert Muhammad Abbas, and the technical director of the union, expert Hisham Sirri. The title of the Sharjah Club team came at the expense of Shabab Al-Ahly, who finished second with a total of five medals (gold, two silver and two bronze), and thirdly was Ittihad Kalba with three medals (one gold and two silver).