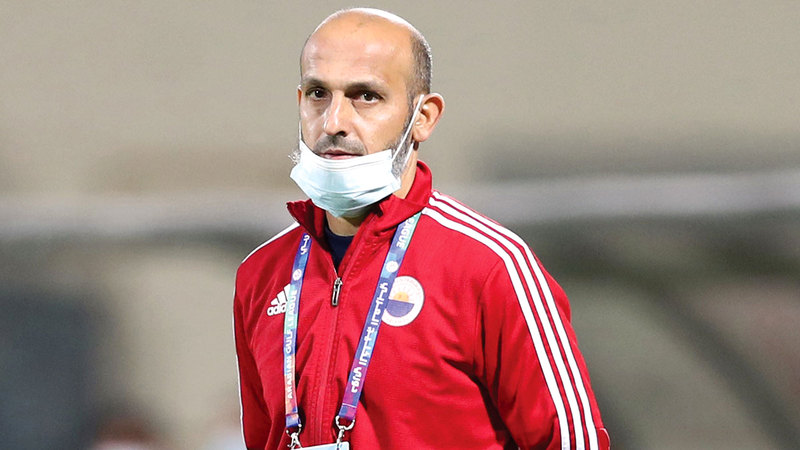 The Sharjah team will play at nine in the evening a heavy-caliber confrontation against its guest Al-Wasl at the Sharjah Club Stadium in the third round of the ADNOC Professional Football League, as Sharjah, which is second in the league standings with six points, seeks to continue its victories and win His third in a row in the league and won the ninth point, while Emperor Al-Waslawi is looking forward to untangling Sharjah’s superiority in the league for two consecutive seasons 2019-2020 and 2020-2021. In the 2019-2020 season, Sharjah won the first round with a historic score over Al Wasl in Zabeel stadium Five goals against a goal, and Sharjah returned and won the second round also 2-1, and in the 2020-2021 season, Sharjah won the first round 2-1, while they tied in the second round 3-3.

The Cherkaoui team is counting on the completion of its ranks with the return of its Brazilian star to participate with the team in his first appearance this season alongside his compatriot Luan Pereira, after he missed the team in the first and second rounds due to suspension. Sharjah hopes to maintain its record free of any loss in the league, after winning in the past two rounds both Al Ittihad Kalba with a clean goal, as well as Al Dhafra with a clean goal as well.

Today’s match represents a very strong rehearsal for King Al-Sharqawi before the upcoming confrontation against Al-Wahda next Tuesday in the AFC Champions League.

Sharjah coach Abdulaziz Al-Anbari confirmed that although Al-Wasl is a strong team and includes distinguished elements that presented themselves well in the past two rounds, he has confidence in his players and the desire to continue achieving victories and gaining more points.

On the other hand, Al Wasl, which won one match against Baniyas with a clean goal, and tied the second match against Khorfakkan 1-1, occupying sixth place so far with four points, seeks in turn to achieve a valuable victory over Sharjah, present itself well and return to the competition for The titles, championships and podiums that he missed for a long time, especially since the team includes distinguished elements of players.

Khaled Al-Dhanhani: Our goal is to get the three points

Sharjah player, Khaled Al Dhanhani, confirmed that although their rival Al Wasl is a big team and has strong elements, this does not prevent them as players from appearing with their full strength to win and get the full mark, especially since the match is played on their land and in the midst of their fans. He said in the introductory press conference for the match: “The league’s pause period gave us the opportunity to review mistakes, and with the ranks completed, we promise to be loyal to the king by providing the best.”

Ramiro: We discussed with Hillman the problem of goals

Al-Wasl player, Brazilian Ramiro Bennetti, said that the players discussed with the team coach, Brazilian Oder Hellmann, the reason for the problem of not scoring goals and the players wasting the team’s opportunities, noting that the “Emperor” had prepared well for his next match against Sharjah, stressing that Al-Wasl seeks to achieve win the match.