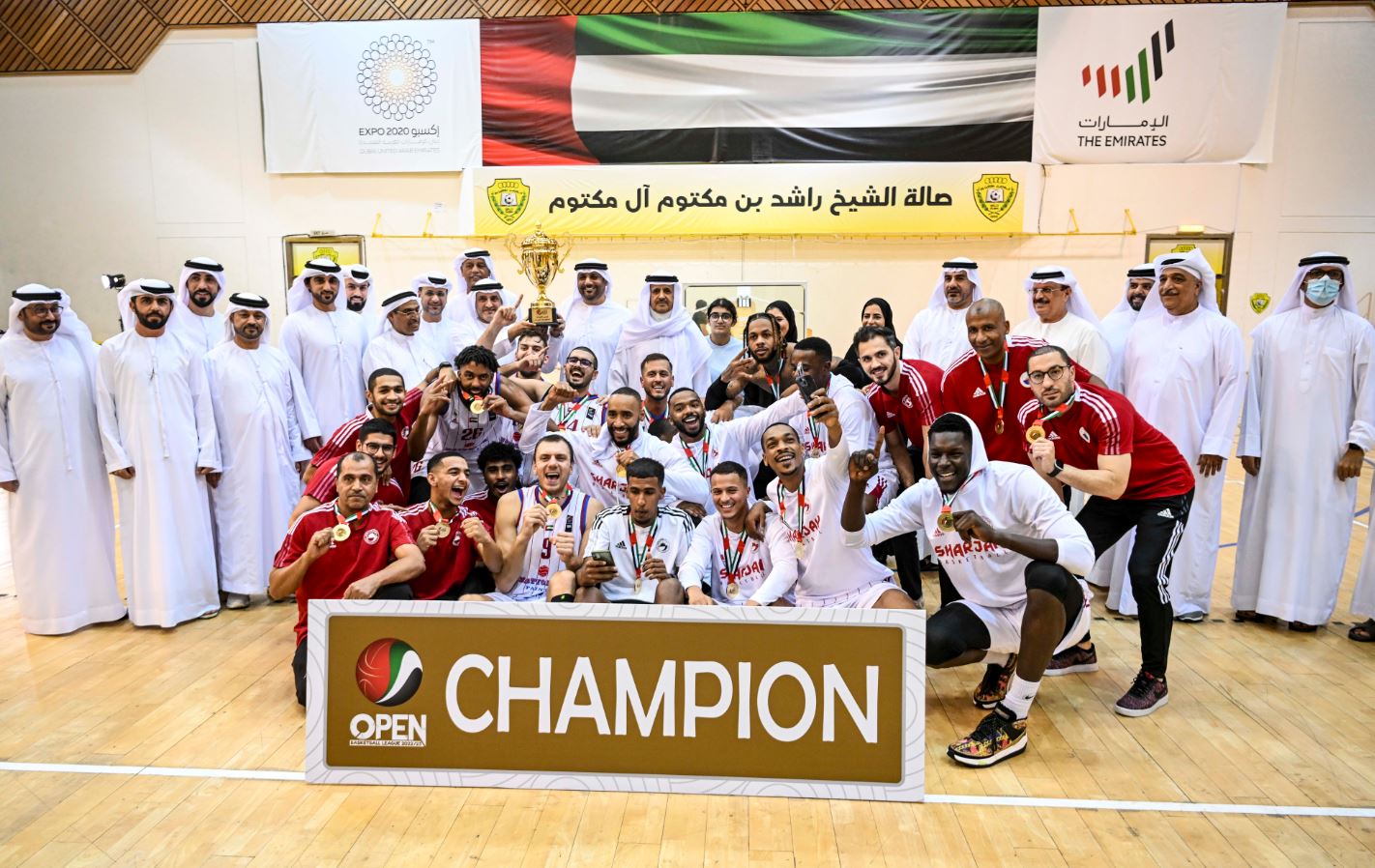 Today, the Sharjah team retained the Basketball Federation Cup title for the second year in a row, after a difficult victory and an extra game over its host Al Wasl (97-88), in the final match, whose original time ended in a tie (83-83). The final day’s competitions witnessed, in the meeting to determine the third and fourth places, which was also held at Al-Wasl Club Hall, the victory of Al-Nasr with the bronze, after its victory over Al-Ahly Youth (85-82).

Following the end of the competitions, the President of the Arab and UAE Basketball Federations, Major General Ismail Al Gergawi, accompanied by the Chairman of the Sharjah Sports Council Issa Al-Hazami, the Chairman of the Board of Directors of Sharjah Club Ali Al Midfa, and the members of the Board of Directors of the Basketball Association, went to imitate Al Wasl silver medals, and Sharjah Gold medals and the championship cup.

Sharjah team coach, Egyptian Ahmed Omar, added the 21st title in his training career with the Emirati basketball, as an extension of his long career with the Emirati basketball, which spanned 19 years. The final match was close in level in its early stages, after the first quarter ended in a 20-20 draw, before Al Wasl managed with difficulty in ending the first half by two points, and with a result (41-39) that its players took advantage in the second quarter (21-19). .

With the start of the second half, Sharjah regained its balance and succeeded in stopping the dangerous keys of Al-Wasl, which led the “King” to end the third quarter with a score of (24-19), but Al-Wasl soon managed to return with the result of the match to the point of equalization with the end of its original time, Neil. The Emperor” took the advantage in the fourth quarter (25-20), which prompted the refereeing team to calculate an additional five-minute game, during which Sharjah knew how to guarantee victory in the match by obtaining the advantage with its result (14-5).