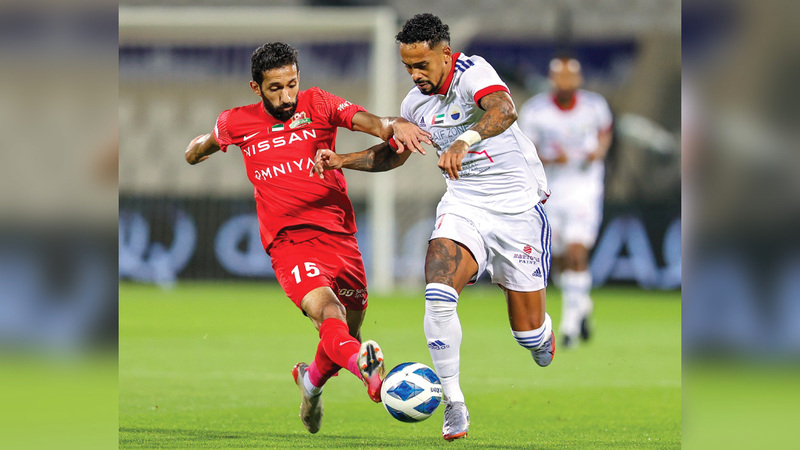 Sharjah won the ticket to qualify for the semi-finals of the President’s Cup, after beating Al-Ahly youth by penalty shootout 4-2, after the end of the original and extra time in a negative tie, during the meeting that brought them together yesterday, at the Sharjah Club Stadium in the quarter-finals, as the match took place in the middle of Rainy weather.

Sharjah will face Al Wasl in the next round, which in turn climbed to this role at the expense of Al Ain.

The match formed an exciting football confrontation between Sharjah’s Romanian coach Cosmin and Al-Ahly youth coach Mahdi Ali, and the Iranian youth player Al-Ahly’s professional waste, Ahmed Nourallah, represented a penalty kick “61”, a turning point in the match in the interest of Sharjah.

The match, which was led by the referee, Hamad Ali Youssef, witnessed a distinguished public presence.

The two teams played a strong and exciting match, marked by seriousness and enthusiasm, after it extended to extra runs before being decided by penalty kicks.

During the first half, the two teams missed more than one opportunity, the most prominent of which was the opportunity of the Brazilian player Sharjah, Caio Lucas, who dribbled the Al Ahly youth defense and hit the ball near the goal.

Al-Ahly youth goalkeeper Majed Nasser saved his team on more than one occasion for easy chances for Sharjah during the extra two halves.