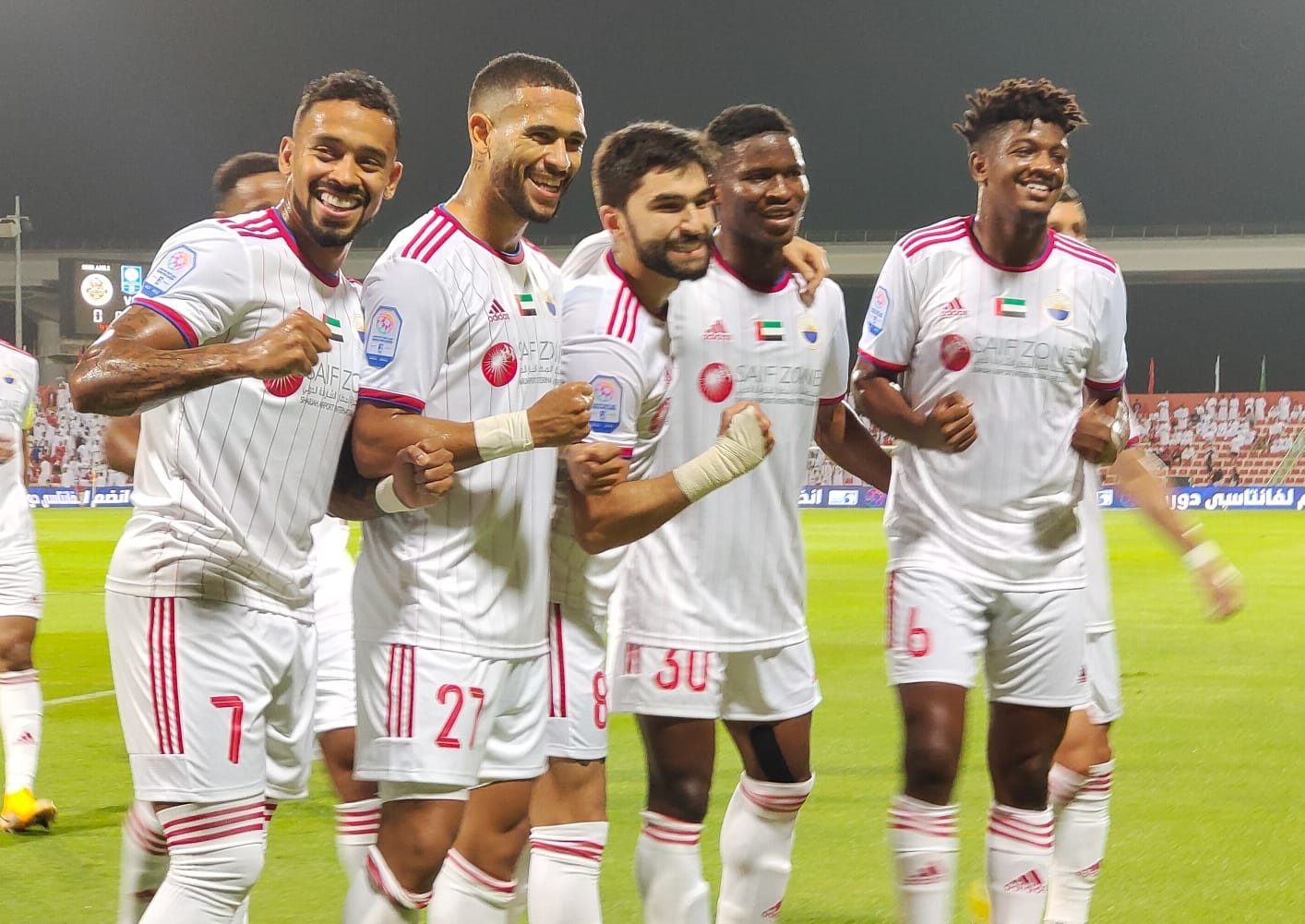 Sharjah beat Shabab Al-Ahly with two goals without a response, scored by Luan Pereira and Paco Alcacer yesterday, at the conclusion of the first round matches of the ADNOC Professional League matches, at Rashid Stadium in Shabab Al-Ahly Club in Dubai, so that the “king” got the first 3 points in the title race. .
The match witnessed great excitement by canceling two goals in favor of Sharjah after the referee used video technology, while the crossbar countered two dangerous opportunities from Al-Ahly youth, and 9 players received yellow cards, 5 from “Dubai Knights” and 4 players from “King”.
The two teams entered the match strongly and the newcomer to Al-Ahly youth, the Syrian Omar Khribin, almost scored the first goal from a direct free kick, which he hit hard, but the ball passed near the post (4), before Sharjah responded with an organized attack led by the Guinean Othman Kamara, who played a cross and was met by the Brazilian Luan Pereira scored a perfect shot in the net, scoring the first goal for Sharjah (8).
The strong performance of the two teams continued, and Brazilian Igor Jesus fired a powerful ball that was blocked by Sharjah goalkeeper Darwish Mohammed, while the referee canceled two goals for the visiting team, scored by Othman Camara in the 18th and 20th minutes, for offside both times.
And in the 34th minute, goalkeeper Darwish Muhammad starred in blocking a direct free kick played by the Uzbek Aziz Ganyev. Darwish kept it away and bounced off the crossbar and away from the Sharjah defense. Shabab Al-Ahly took control of the midfield and became more dangerous on the team’s goal. Omar Khribin missed the opportunity to score the equalizer in the fourth minute of the time. In stoppage time, Hareb Suhail headed a ball in front of the goal and passed in front of the Syrian striker and went outside the goal, while the yellow cards were multiplied, with the Brazilian Gustavo from Al-Ahly youth receiving a warning, and the same for Salem Sultan and Muhammad Abdul Basit from Sharjah.
As for the second half, it witnessed a strong start from Al-Ahly youth, and Igor Jesus almost scored the goal when Ganyev played a direct free kick, and the Brazilian player met it with his head, but the ball passed next to the post (49), while goalkeeper Darwish Muhammad continued his brilliance and blocked a goal opportunity from a cross by Ahmed Jamil. Omar Khribin turned it around with a wonderful head and pushed the ball away from the Sharjah goalkeeper (52), and Ahmed Nour Allah and Badr Nasser from Al-Ahly youth and Majed Nasser from “The King” received 3 warnings.
The crossbar continued its stubbornness with the “Dubai Knights” for the second time when Hareb Sohail played a cross and Ahmed Jamil directed it in a beautiful way with his head, but the ball bounced off the crossbar (67), and Jesus followed it with a strong shot over the crossbar (71).
Shabab Al-Ahly pressed in the last 10 minutes, and Jesus missed an opportunity that was not lost on his own, and hit the ball in the hands of goalkeeper Darwish Muhammad (84), before the substitute Spanish star Alcacer added the second goal, ending the match with Sharjah’s victory.