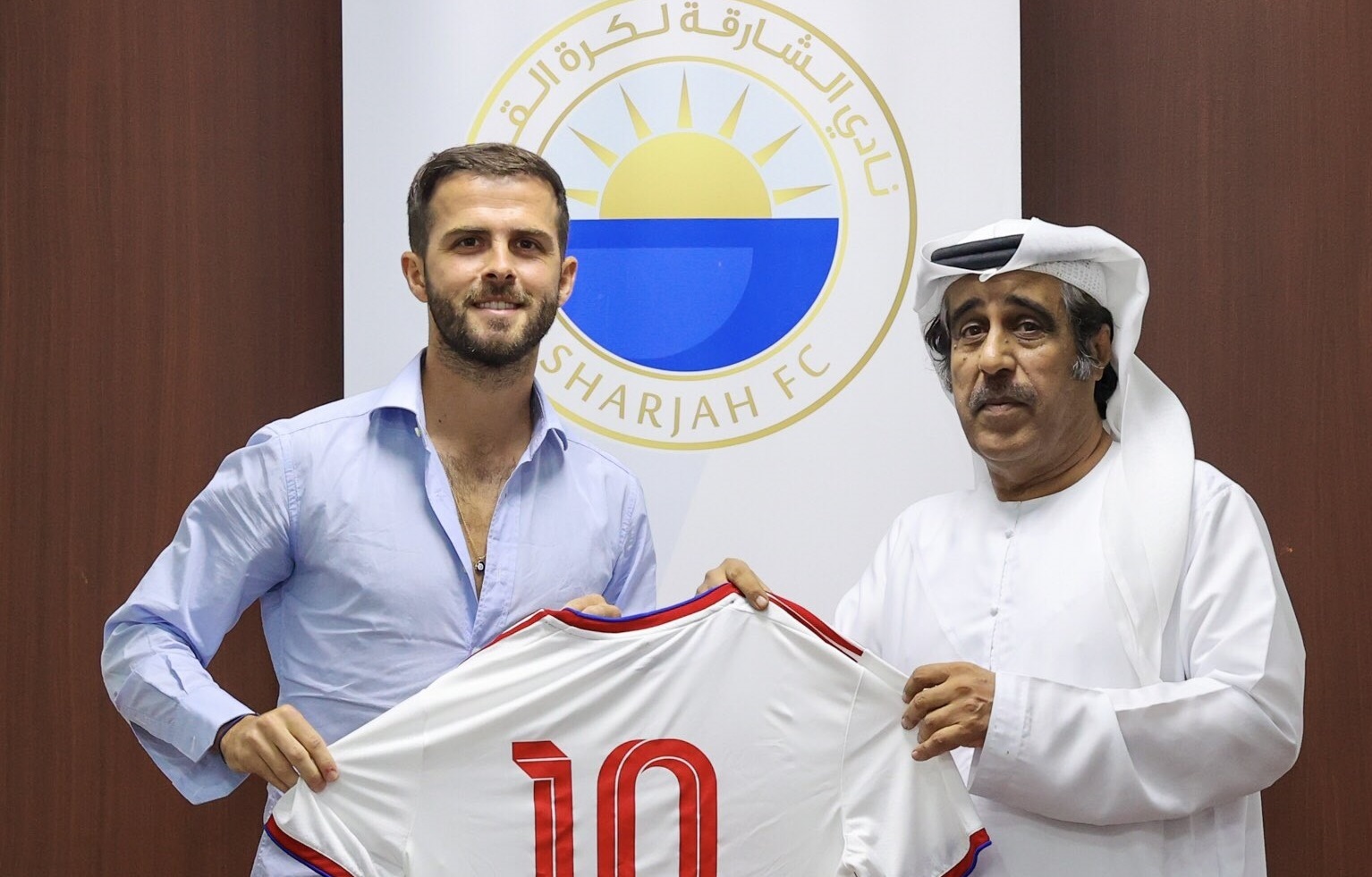 Sharjah Club announced the signing of Bosnian international Miralem Pjanic from Barcelona in a free transfer deal for two seasons.

The club confirmed on its Twitter account that there is an advantage in extending the player’s contract.

The Bosnian midfielder was excluded from the accounts of Barcelona coach Xavi Hernandez during the current season.

Pjanic began his professional career in the French league through the Metz team in 2007. He also defended the Turkish Besiktas shirt, the Italian Roma and Juventus, and also won the Italian League title with Juventus 4 times, as well as the King’s Cup with Barcelona.

The Sharjah team is preparing to face Baniyas next Friday in the second round of the ADNOC Professional League, as it launched its campaign last week in the tournament by defeating Al-Ahly youth with a clean double in the top of the matches of the first round of the competition.