No Result
View All Result
Latest News
Opposition parties continue to rally in parliament: both adjourned until 2 p.m. 29/07/2021
Hema Chandra: RRR Dosti is a different level .. Hemachandra who raised expectations 29/07/2021
Emergency mode was introduced in several regions of Yakutia due to drought 29/07/2021
Search spiders.. how they work to find information across millions of sites 29/07/2021
Janaki Kalaganaledu July 29 (Today) Episode: Emotional scene between Rama and Janaki .. Raising hands 29/07/2021
Next
Prev
Home Sports 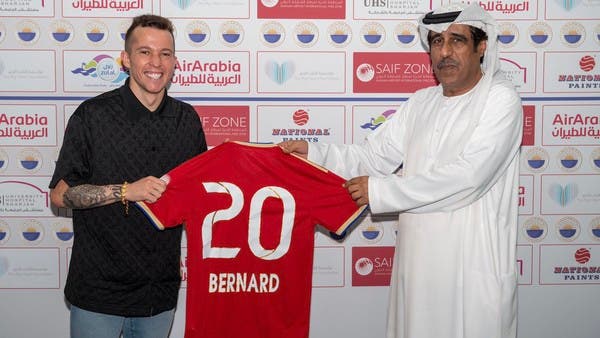 Sharjah said on his Twitter account, “We welcome the joining of the Brazilian international Bernard (28 years), coming from Everton, England, with a contract that extends for two seasons.”

Bernard will wear the number 20 shirt in the ranks of Sharjah, who agreed to transfer his Brazilian striker Igor Coronado to the Saudi Federation this month.

Earlier this month, Sharjah also contracted with Brazilian winger Caio Lucas for three seasons from Portuguese Benfica, after he spent last season with the team on loan. Sharjah finished last season in fourth place in the league, nine points behind Al Jazira, the champion.

Toss won the toss: 6 changes in the Indian team; 5 introductions

Carla Rueda to Jossmery Toledo in the Queens preview of the show: “I’m not afraid of him”

The girl who went to the hospital with an illness .. The doctor examined her and it was heartbreaking !!

Looking forward to the 30th of this month, it is sure to happen .. Raghurama sensational comments

Did Messi play his last match at Camp Nou?

The restoration of the Vorontsov Palace in Crimea is on schedule