Sharjah survives the eye trap in the hand league 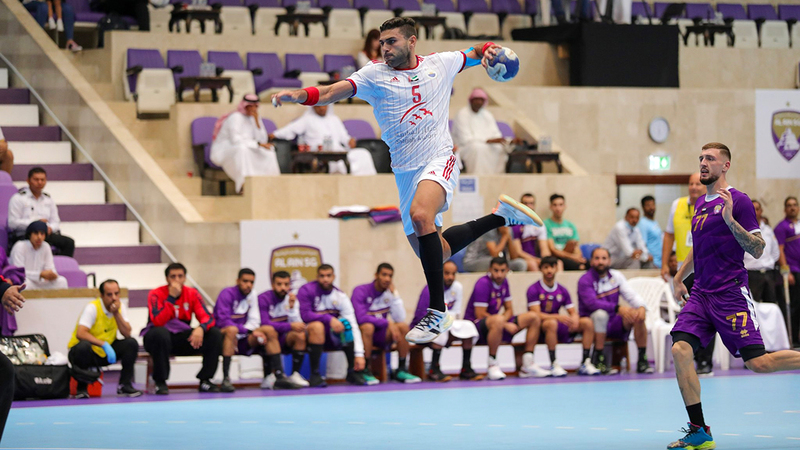 The defending champion, the handball team at Sharjah Club, achieved a difficult victory over its host Al Ain, by a difference of three goals, with a score (32-29), in a match that brought them together, the day before yesterday, at the end of the third round of the preliminary round in the handball league, which recorded the victory of Al Jazira. On his guest Dibba Al-Hisn (31-28).

The round began, last Friday, with two matches, during which Al-Nasr succeeded in snatching its first victory in the league against its guest Al-Wasl (31-27), before Shabab Al-Ahly imposed a tie on its host Maliha (24-24).

Sharjah moved away at the top of the general standings with a full score and a balance of nine points, by two points from Al Wasl and Shabab Al Ahly, who entered into a partnership for second place, and Al Jazira advanced to third place with six points, while Victory Al Nasr gifted entering into a partnership at the level of fourth place with each From Al Ain and Dibba Al Hisn, with five points each, Mleiha occupies the eighth and last place with three points.