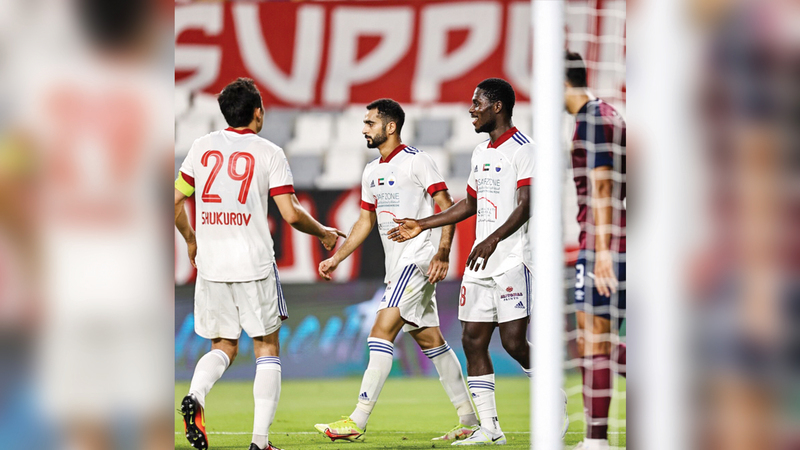 During the meeting that brings it together at 20:45 this evening with its guest Khorfakkan team at Sharjah Stadium in the 23rd round of the ADNOC Professional League, Sharjah is looking to continue its victories and achieve the 15th victory, reaching the 48th point in the league, knowing that the two teams meet in the first round. It had ended with Sharjah winning 3-1.

Sharjah threatens its Khorfakkan counterpart to repeat the scenario of its precious victory over Al Wahda in the last round with two goals against a goal scored by the Congolese player Ben Malango, who starred in the match and led his team to a great victory over a strong competitor the size of Al Wahda in his home and among his fans.

Sharjah, which currently occupies fourth place with a difference of goals and equal points with Al-Wehda “second” and Al-Jazeera “third”, with 45 points each, hopes to disengage from Al-Wahda and Al-Jazeera and isolate Al-Wasafa.

On the other hand, the Khorfakkan team, which occupies 11th place in the league standings with 22 points, had tied in the last round with Al-Orouba 1-1, and the team hopes to create a surprise and stop the victories of King Al-Sharqawi, reap the match points and avenge his previous defeat from Sharjah in the first round, and move away From his current position lagging in the standings of the competition teams.