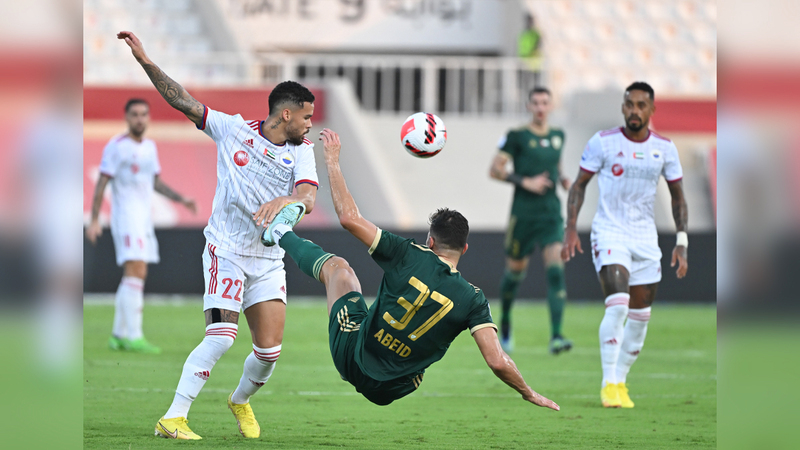 The Sharjah team showed that it was the most ready at the beginning of the current season to compete for the ADNOC Professional League title. After four rounds, it achieved important victories, and led the league alone with the full score (12 points), with minimal effort and small details, which were enough to settle the three points in each of the four matches. In front of Shabab Al Ahly, Bani Yas, Ajman and Khorfakkan.

In the Khorfakkan match the day before yesterday, Sharjah did not provide the required technical response, especially in the first half, in which it suffered some individual errors, but it succeeded in achieving a big 3-0 victory, through small details that are always focused on by the technical staff of the team led by coach Cosmin, Being a decisive factor in the team’s superiority over its competitors in all matches.

These small details are represented in respecting the opponent, the team’s distinction in the final touch, and its great ability to finish the attack correctly and take advantage of counter-attacks, and achieve the required in the fastest time, and with him the full match points, relying on the diversity of sources of danger in his attack.

In front of Khorfakkan, after Caio scored the first goal in the 16th minute, Sharjah won in 10 minutes at the beginning of the second half with goals by Luan Pereira (49) and Pjanic (59).

In the Al-Ahly youth match, Sharjah was the most effective, as it won with goals by Luan Pereira and Alcacer, although Al-Ahly youth had been in control for long periods.

In the Bani Yas match, Sharjah decided 3-0 in the first half through Alcacer, Pjanic and Luan Pereira, as well as in the Ajman match, despite the strength and distinction of the “orange”, but the reality of Sharjah decided the match by 3-2, thanks to the goals of Luan Pereira and Alcacer and a goal from the Ajman player. in his net.

And the “king” has the character of the hero, which is summed up in the term “the team that knows how to win.

Caio and Luan Pereira grabbed the spotlight from Alcacer thanks to their remarkable brilliance in the four victories, as Pereira scored four goals so far, and Caio is the most prominent in creating opportunities and decisive passes.

The previous four matches showed a technical imprint for coach Kuzmin, thanks to his handling of the matches, and his changes that come with quick fruits, and were important in collecting points for the team.