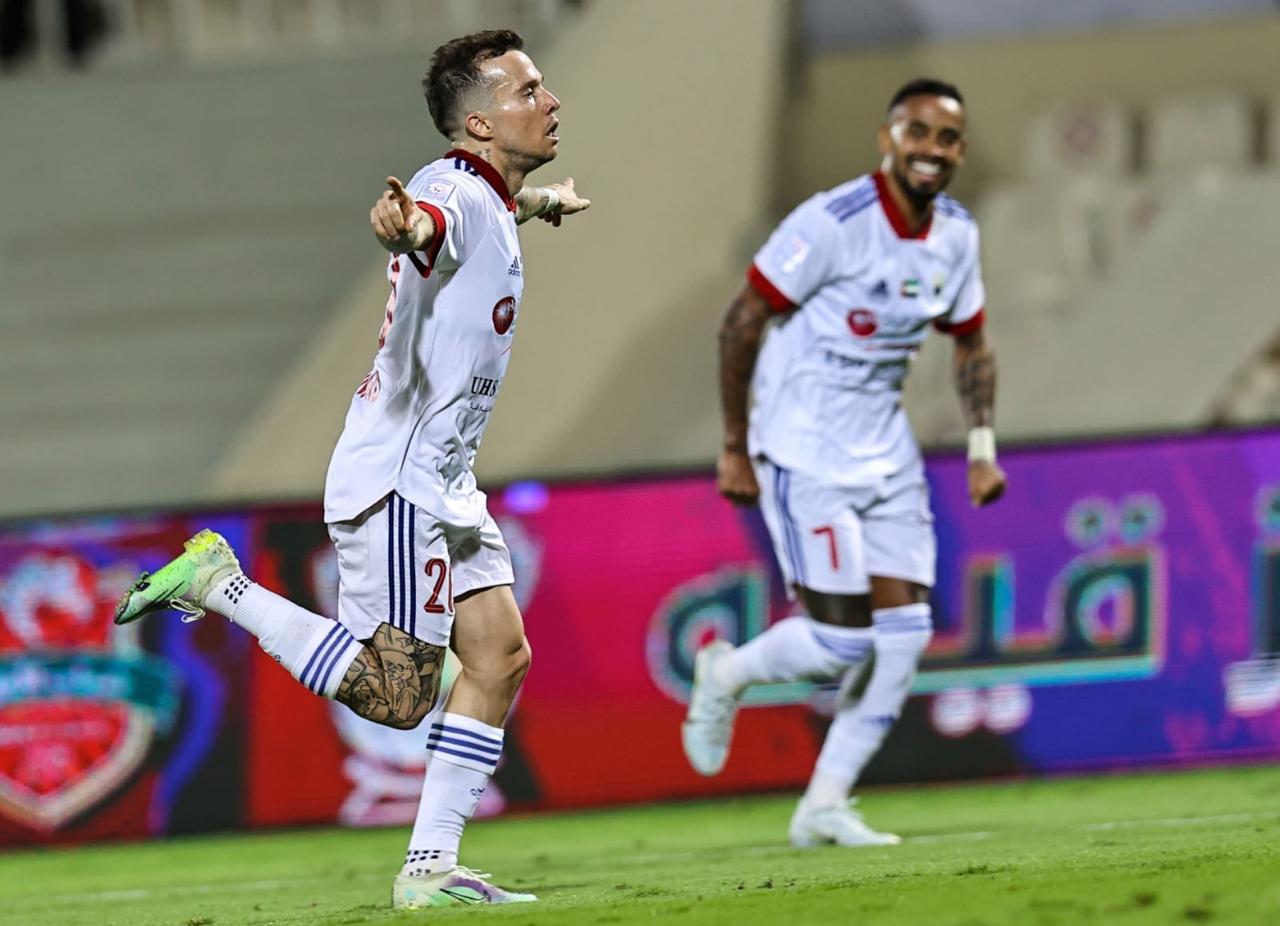 Sharjah inflicted a heavy defeat on its guest Al-Uruba and won the goals festival 5-0 after he tampered with him during the meeting that brought them together today, Saturday, at Sharjah Stadium in the postponed match within the 21st round of the ADNOC Professional Football League, knowing that the meeting of the two teams in the first round ended in a draw 2- 2.

With this big win, Sharjah washed away its sorrows with its early exit from the AFC Champions League in the first group.

Sharjah raised its score to 42 points, while Al-Uruba’s balance was frozen at only 10 points in the penultimate position in the league teams’ standings, deepening this loss, which is the number 13 of the surgeon of Arabism, who is now threatened with relegation to the amateur league.

Sharjah ended the first half with four clean goals, scored by defender Gustavo Alex “26”, Brazilian Bernard Duraty “33” and Brazilian Caio Lucas “42” and 44″ from a header shot.

In the second half, the substitute player Salem Saleh added the fifth goal “75”, only two minutes after he entered as a substitute for his colleague Othman Kamara.

The match witnessed a modest public presence in the stands, and the match seemed to be one-sided, after Sharjah dominated its entire events throughout the two halves, while Arabism began to surrender and the team’s defense collapsed, to receive its nets, a festival of goals, and Arabism goalkeeper Ahmed Hamdan and behind him the defense bore the greatest burden in the face of the striking Eastern attack.

Sharjah was the best and the initiator of the attack in the match, thanks to the movements of the Guinean Othman Kamara, the Brazilians Caio Lucas and Bernard Durate, and the cohesion of the team’s lines.

And Sharjah helped to excel in the match, the modest performance of the Al-Orouba team, especially in the first half, which witnessed the team scoring four goals.