Sharjah with Cosmin.. 5 victories and 3 draws 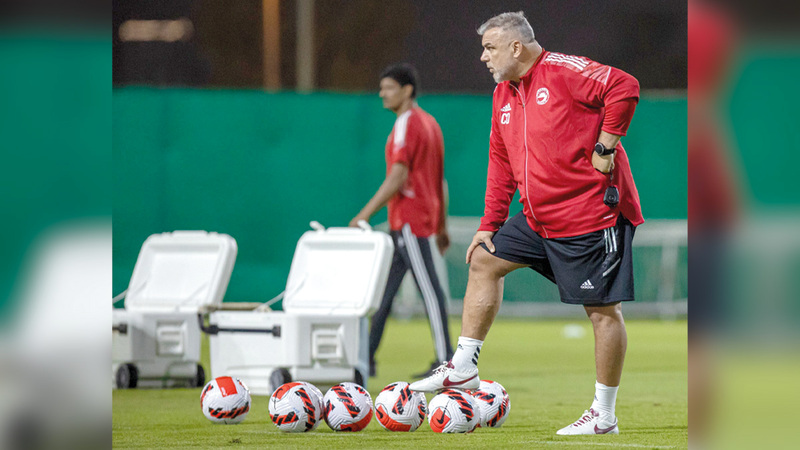 Sharjah’s precious victory over Al Ain with two clean goals the day before yesterday, brought the excitement back to the ADNOC Professional League competitions, as this was the first loss for Al Ain this season, in addition to it entering the “king” in the competition for the title, and also allowed the other teams to reduce the difference with the leaders Al Ain. With 30 points, seven points behind Sharjah.

The Sharjah team has turned into a real complex for Al-Ain, as the “leader” has lost against him in all the first round matches in four seasons so far, and the “king” has maintained his distinguished record with his Romanian coach Olario Cosmin, who has not lost so far, winning five Matches and draws in three in all competitions, since he took over from the previous coach, Abdulaziz Al-Anbari.

Since Al Ain’s last victory over Sharjah in the first round in December 2016 with a 3-0 result, Sharjah’s victories have followed suit, winning the 2019 season, 2-1, and 3-2 in the 2020 season (the competition was canceled), and also 2-1 in the season Last season, then 2-0 this season, and these victories are for the first round only.

It was remarkable during the match that Al-Ain suffered defensively, especially in the first half, which Cosmin exploited tactically, by relying on the brilliance of the Uzbek Shukurf and Majid Rashid, as well as the Brazilian duo Caio Lucas and Luan Pereira, in addition to the success of the Sharjah defense led by Salem Sultan and Abdullah Ghanem. And Khaled Al Dhanhani in reducing Al Ain’s offensive power, especially the Togolese striker Laba Kodjo, who could not reach the Sharjah net. Sharjah took advantage of the weakness of Al Ain’s defense in dealing with crosses, scoring two goals from Caio and Luan Pereira.

‘I don’t feel like moving on’ – Sania Mirza announces retirement