Sharjah witnesses the launch of the first international football championship 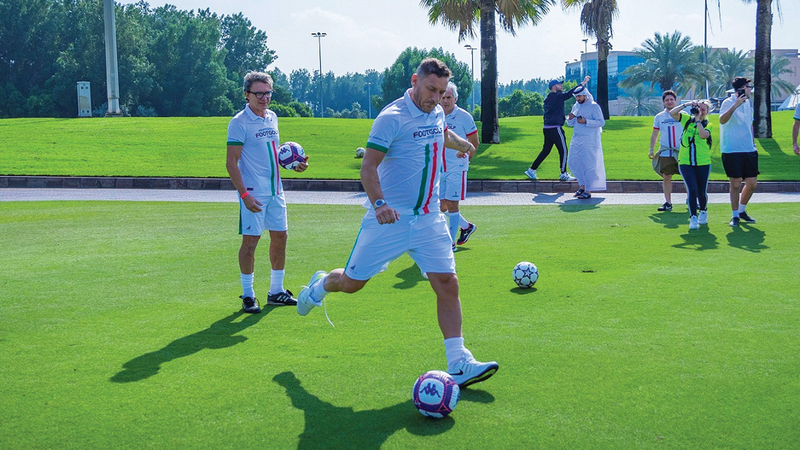 Yesterday, at the Sharjah Golf and Shooting Club, the “Sharjah International Football Championship”, organized by the Sharjah Commerce and Tourism Development Authority, in cooperation with “Air Arabia” and the Sharjah Sports Council, and hosted by Sharjah for the first time in the region, brought together more than 130 players from 21 different nationalities compete for the $40,000 tournament prize money. The details of the tournament were announced at a press conference in the presence of Khaled Jassim Al Midfa, Chairman of the Authority, Issa Hilal Al Hazami, Chairman of the Sharjah Sports Council, a number of officials, and a group of participating international players. On the sidelines of the tournament, the authority will host 16 international players, among the prominent former football players, who will compete in the Sharjah Padel Championship on the 13th and 14th of this month. Yesterday witnessed the organization of an exceptional round of golf, during which former stars demonstrated their skills in the sport of golf. The tournament also witnessed the organization of a tourist tour, during which football stars learned about the regions and destinations of the emirate, its most important tourist and heritage attractions, and its historical cities and museums.