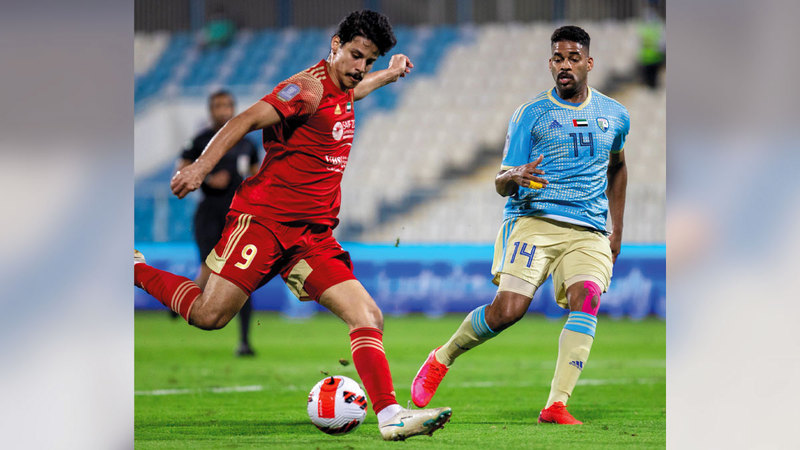 The Sharjah team achieved its second victory in a row in the matches to determine the positions of the League Cup, at the expense of its host Al Dhafra 4-1, in a meeting that witnessed two goals scored from two wonderful scissor balls.

The victory that “King” achieved, yesterday evening, in the confrontation that took place at Al Shamkha Stadium in Abu Dhabi, for the second round of the competition, is the second for Sharjah in the competition, after he had won in the last round at the expense of Khorfakkan 2-1.

The “king” cut the goals bar early, specifically in the fourth minute, by his defender Salem Sultan, with a side scissor ball, and his colleague Ahmed Al-Attas added the second goal (39), with a shot from inside the penalty area.

Al Dhafra defender, Muhammad Saif, reduced the difference by scoring a goal from a back scissor ball (44), but the guests expanded the difference again with the third goal (55) by Salem Saleh, while Marcos Vesnius concluded the goals festival with the fourth goal (86). In another confrontation, the Bani player scored Yas, Sayed Khamis scored two goals (37 and 59), to lead his team to a valuable away draw at the expense of Al-Orouba at Rashid Bin Saeed Stadium in Ajman Club, while Kingsley Idowu (46) and Saeed Obaid (50) scored the goals of the hosts.