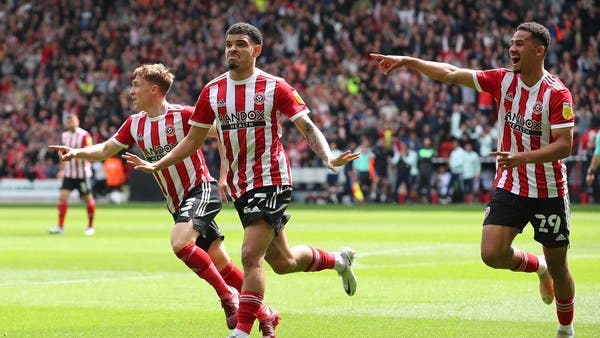 Sheffield United secured a place in the qualifying round of the English Premier League football after its overwhelming victory over champion Fulham 4-0 on Saturday in the last round of the second division.

Morgan Gibbs White put Sheffield ahead in the tenth minute, then Eliman Ndiaye added the second goal in the 21st minute.

Sander Berg scored the third goal for Sheffield in the 25th minute, before Enda Stevens finished scoring in the 49th minute.

Sheffield United will meet Nottingham Forest in the playoffs, while Huddersfield will meet with Luton Town in the other confrontation.

It should be noted that Fulham and Bournemouth qualified automatically for the Premier League by occupying the first and second places, respectively.