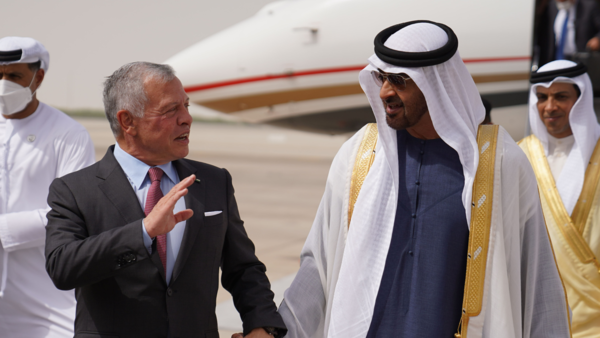 On a working visit to the UAE, King Abdullah II of Jordan arrived in the capital, Abu Dhabi, today, Thursday.

His Highness Sheikh Mohammed bin Zayed Al Nahyan, President of the United Arab Emirates, was at the forefront of his reception upon his arrival at Abu Dhabi International Airport, according to the Jordan News Agency (Petra).

The Jordanian ambassador in Abu Dhabi, Nassar Habashneh, and the embassy staff were received.