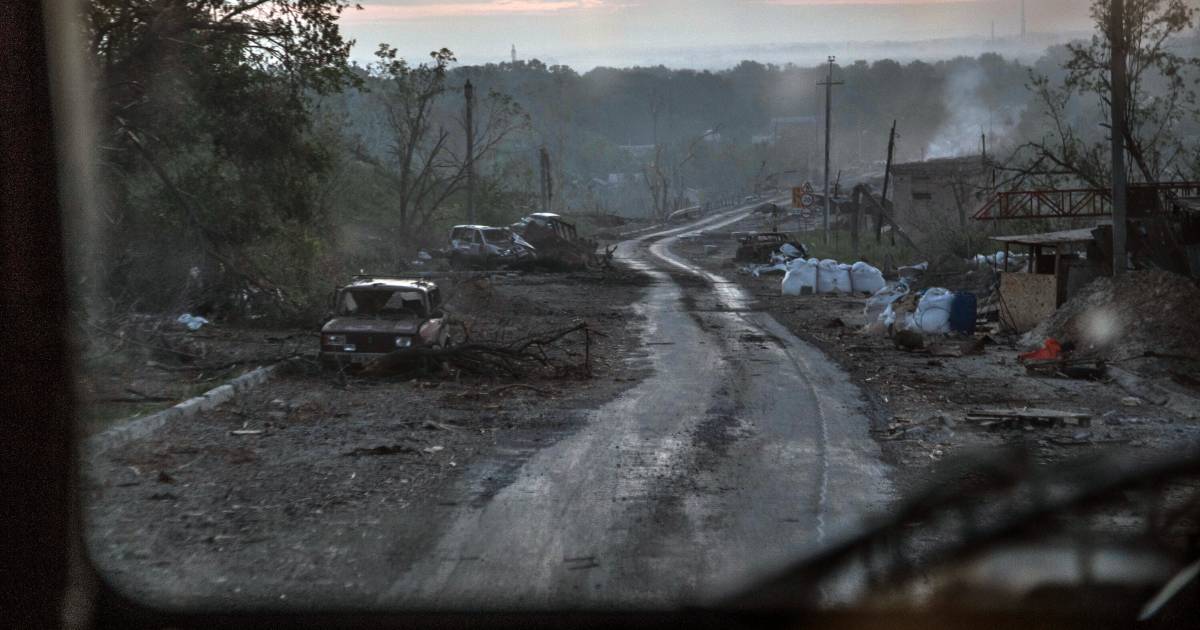 This happened last nightThe Ukrainian city of Shevyerodonetsk may be conquered by Russia within a week, US experts expect. The Ukrainian army is said to have suffered heavy losses in the east of the country in recent days and is also short of ammunition.

Luhansk Province Governor Sergei Gaidai said Russian military personnel want to “completely cut off routes to and from Shevyerodonetsk so that residents cannot be evacuated and no ammunition supplies or reinforcements can be brought in.” In recent weeks – after the fall of Mariupol – Shevyerodonetsk has become the focus of the struggle in Ukraine. There are similar circumstances, with a “final resistance” by the Ukrainians around a large industrial complex where civilians are also hiding.

Gaidai describes the situation in the largely occupied city as very difficult and also thinks this week could be decisive. So far “we continue to maintain our positions,” said Valeri Zalouzhny, commander-in-chief of the Ukrainian army. He lamented that ‘every meter of land (…) is covered in blood – but not only ours, but also that of the occupying forces’. “Militarily, Russia uses heavy artillery and is 10-1 ahead of us in that area,” Zalouzhny said. The fall of the administrative capital of the Luhansk province would bring a strategic and symbolic victory to the Kremlin.

In Mikolaiv, an important port at the mouth of the Dnieper in the south, the Russian advance is said to have stopped on the outskirts of the city. The fighting has turned into trench warfare, a team of French journalists on the ground said.

A Russian missile strike near Chortkiv in western Ukraine’s Ternopil region this weekend injured 22 people, including at least one child, authorities said. The gas supply to the city was cut off after one of the four rockets hit a pipe, said Volodimir Trush, head of the regional government. “All the missiles came from the Black Sea,” he said, adding that military and civilian facilities, including four residential blocks, were damaged by the attack.

President Zelensky said on his official website that there was “no tactical or strategic importance” to this missile attack. “This is terror, just terror.” The Russian Defense Ministry confirmed that the Navy had fired Kalibr cruise missiles in the Black Sea and that a Ukrainian arsenal containing anti-tank missile systems and artillery shells had been destroyed. The Ukrainian authorities have not responded to the Russian claim and independent sources were unable to verify it.

Amnesty International accuses Russia of war crimes in Ukraine and reports that hundreds of civilians were killed in attacks on Kharkov, many of which were carried out with cluster bombs. The human rights NGO says it now has evidence that Russian troops used so-called 9N210 and 9N235 cluster munitions and cluster bombs in seven attacks on neighborhoods of Ukraine’s second city, in the northeast of the country. Both types of bombs are prohibited in international treaties.

“People have been killed in their homes and on the streets, in playgrounds and cemeteries, while queuing for humanitarian aid or shopping for food and medicine,” an Amnesty spokesperson said. According to the prosecutor’s office, Ukrainian justice has opened more than 12,000 investigations into war crimes in the country since the start of the Russian invasion.

Speaking to the global forum of the American Jewish Committee, Ukrainian President Volodimir Zelensky compared the Kremlin’s tactics to those of the Nazis during the Holocaust. In the pre-recorded video speech, Zelensky, Ukraine’s first Jewish president, said the Russian attacks have killed hundreds of Ukrainian children so far.

“Tell me, why is this happening in 2022? These are not the 1940s,” said Zelenski, who herself lost several family members in the Holocaust. “How can mass murders, torture, burned cities and camps set up by the Russian army in the occupied territories – resembling Nazi concentration camps – become a reality today?”

Zelensky repeated his urgent appeal for heavier weapons. Without those guns “the war will only continue and the number of casualties will increase.”

International observers have restored data transmission with the Zaporizhzhya Nuclear Power Plant, the largest of its kind in Europe. Since the beginning of the war, the plant has been under Russian control. This means the International Atomic Energy Agency (IAEA), an autonomous agency of the United Nations, will be able to remotely monitor the site’s safety information for the first time in two weeks. Russian troops refused to allow the agency’s inspectors regular access to the site, increasing the risk of accidents, experts say.

Another Briton has been killed fighting for Ukraine. Jordan Gatley was shot dead in Shevyerodonetsk. He had left the British Army in March to continue his career as a soldier in other areas, his family said on social media.