SportsShikabala publishes a photo with Musimani .. and sends a message to...
Sports

Shikabala publishes a photo with Musimani .. and sends a message to Al-Ahly fans 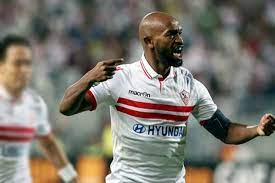 The star and captain of the Zamalek team, Mahmoud Abdel Razek Shikabala, continued to publish his photos and comments, which always witness a great interaction, especially from the fans of Al-Ahly, the traditional rival of Zamalek, and the player published a picture of him with Al-Ahly coach, South African Pitso Mosimane, and commented on it in a more exciting way and with a simple sentence.

The Zamalek captain was suspended for 8 months by the Egyptian Federation on the night of Zamalek’s crowning the league title after an argument with the head of the temporary committee that runs the Egyptian Football Association, Ahmed Mujahid, in the last round of the league.