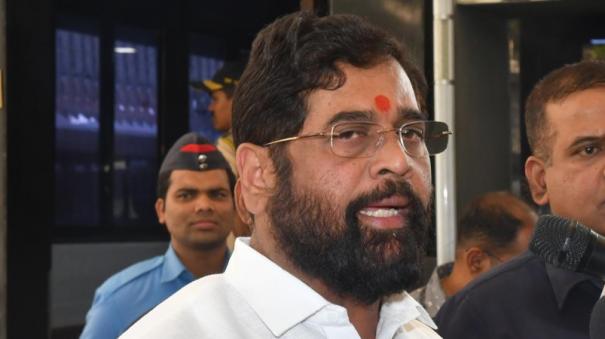 Eknath Shinde’s family lived in Kisan Nagar, Thane. Due to poverty, he dropped out of school midway and started working as a wage earner. He was working as an auto driver. He has also done the work of cleaning fish in a fish shop.

Eknath Shinde stepped into politics to solve the long-standing problem of drinking water in the Kisan Nagar area of ​​Thane. Initially an RSS worker, he later joined the Shiv Sena and became a councillor.

Once in Kisan Nagar, Thane, a giant water pipe burst and flooded residential areas. Eknath Shinde rushed to the field and repaired the broken pipe when the Corporation staff was delayed. The people of the area still remember this.

When there is a complaint that there is no food in the ration shops, Shinde has organized a protest by mobilizing people and going directly to the food warehouse. A great tragedy struck his life on June 2, 2000, when he was devoted to public service.

Eknath Shinde, his wife Lata, 2 sons and a daughter Adiog went on a boat in the water body of Satara area. Shinde’s 11-year-old son Dipesh and 7-year-old daughter Subatha drowned in the water. After that, he was paralyzed in solitary confinement for several weeks.