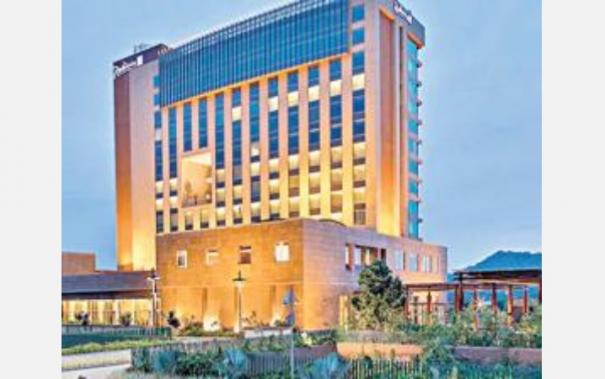 Guwahati: The weekly fee for Shiv Sena and Independent MLAs staying at a star hotel in Guwahati, Assam, is estimated at Rs 56 lakh.

In Maharashtra, about 40 Shiv Sena MLAs and independent MLAs have demanded the end of the alliance with the Congress and the Nationalist Congress Party to form a coalition government with the BJP. This number is increasing day by day.

They flew first to Surat in Gujarat and then to Guwahati in Assam. 70 rooms have been booked for them at the Radisson Blu Star Hotel in Guwahati. The hotel has a total of 196 rooms.

The hotel management did not allow anyone else to book new rooms here. At the restaurant here, only those staying in the hotel are allowed.

The daily charge for these 70 rooms, including food and other services, is Rs 8 lakh. As these rooms have been booked for a period of one week, the fare for the star hotel is estimated at Rs 56 lakh. The cost of transporting these MLAs on separate flights from Mumbai to Gujarat and then to Assam is not known.

In it, he said, “MLAs who have committed party tab offenses are involved in creating divisions within the party and overthrowing the regime. When a similar situation arose in Karnataka, the Supreme Court ruled that it was right to disqualify MLAs who raised the banner there. In Maharashtra, 16 MLAs have joined hands with other MLAs to destabilize the Mahavikas Agadi government and create divisions within the Shiv Sena.

They act against party orders and policy. Acting on BJP orders, these MLAs are relinquishing their Shiv Sena membership. Therefore, they should be disqualified.

No party is in touch

Maharashtra Minister and Shiv Sena leader Eknath Shinde said yesterday that the most powerful National Party supports the MLAs under my leadership. This caused controversy. In the ensuing interview, Nationalist Congress Party leader Sarabjit Singh said that Eknath Shinde was referring to any party other than the BJP. said.

When reporters asked Eknath Shinde yesterday whether the BJP was supporting him in this situation, he said, “I said it was a huge force. I was talking about the power of the late Shiv Sena leaders like Paul Thackeray and Anand Dike.”